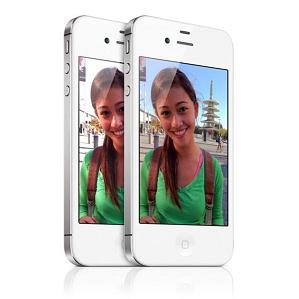 Well, we’re not sure and no one really is “officially”, but Tech Digest explores some of the latest rumours from accessory makers who aren’t afraid to spill the gossip…

Holding your breath until the iPhone 5 release day? Well, we can now tell you precisely how long you’ll have to go without oxygen for (or at least as precisely as an unconfirmed release date for an unnamed source can be!). According to the latest rumours, the iPhone 5 is now penned down for a September 21st release date.

That’s according to the French blog App4phone.fr, who claim to have spoken to a Chinese accessory maker who have been given a heads up by Apple. This would be in order to get a new line of add-on gear ready for the shelves in time for the phone’s launch, presumably.

A September launch date is certainly possible, but would be a fair bit sooner than many had anticipated. With the iPhone 4S launching in October, an annual release cycle would put the iPhone 5 release down for October of this year too.

However, there are a few theories circulating as to why this September release date could prove problematic. As Pocket-Lint points out, the same release window for the iPhone 5 as its predecessor would make sales comparisons (for better or worse) easier to track, a risk Apple may not want to take.

CultofMac also points out that iPhone launch events traditionally happen ten days prior to the handset actually going on sale, as they did with the iPhone 4S. That would put the launch event on the anniversary of the tragic 9/11 attacks, which Apple obviously would look to avoid.

Then there’s potential for an incredibly busy autumn for Apple products, highlighted by this morning’s rumours. Shuffling things around to accommodate all the new proposed hardware launches would be a necessity.

So, it’s as possible a release date as any right now. Just don’t get your hopes up just yet.