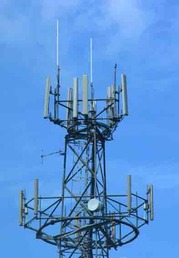 Nokia are currently involved in research which means you might never need to use a charger again. Sound like a dream come true, right? If you’re anything like me you’ll have suffered the dreaded final ‘beeps’ when you’ve stayed round a mates house, and wouldn’t you know it, no one has a compatible charger!

Nokia are already going some way to hep combat that, by bringing in the new universal ‘micro USB charger on some of its devices, but seeing as that won’t happen till 2012 (hopefully) it’s still pretty frustrating. And what if you’re on a campsite? No one really fancies arm cranking the battery do they?

Well research is currently focusing on using aeromagnetic radiation to charge phones, so goodbye wires and chargers. The idea is that the radiation emitted through Wi-Fi transmitters, TV masts and the like could be converted into a current that would charge your battery.

The Nokia Research lab in Cambridge is full of boffins trying to find the best way to harvest this energy- and how to use it safely and effectively. It might mean that they’d have to create a specially designed handset- but the pros would far outweigh the cons.

If they succeed in converting electromagnetic waves into an electrical signal it could mean a whole new generation of phones- and if they combine that with solar cells, you could be looking at kit that is super green as well.

No release date is set yet, but it’s good to know they’re putting their science degrees to good use.

[via IT pro Portal]