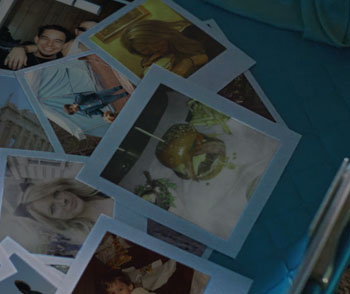 Remember the super creepy Take This Lollipop Facebook viral video, which made you think some crazy stalker was on the way round to your house to kill you or eat you? Uh it makes us shudder just to think about it. Well now the guy behind it, Jason Zada, has teamed up with Linkin Park to create a similar kind of online video for the band’s latest single.

“I think we’re at a turning point for the “music video.” The whole idea of doing a static 3:30 movie or performance to sit underneath a song feels kind of boring,

“I never put personal pictures up on it, so … half of the pictures were of dogs, landscapes, and random silly things. It was hilarious to watch this video pull those pictures and see the characters in the video break down in tears over a picture of a ham sandwich.”

Now admittedly it does seem a little cheesy, but it’s good to see Linkin Park experiment with something a bit different (did anyone else forget they were still knocking around?) and we welcome anything new from the guy behind Take This Lollipop.

Try it for yourself at lostintheecho.com.