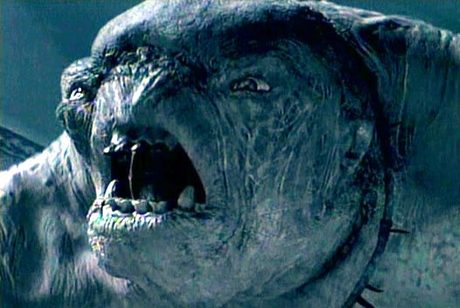 There’s a lot of anger on the internet. But while some of it is stupid and much of it is poorly expressed, there seems to be a big difference between the normal for-and-against-debate that is the meat of comment boards and the vicious rantings of the troll. Troll comments fall on the same lines

Let’s take a recent feminst blog post on rape culture in gaming. Yep exactly the sort of topic that you can imagine blowing up. Well it did.

Writing over on Jezebel a female gaming blogger has done an analysis of troll comments on her blog posts. Her article was about rape culture in games and she’s slung up a few visualisations that demonstrate pretty clearly how normal back-and-forth debate differs from troll comments. Here’s a word map of how rape was used in the normal comments: 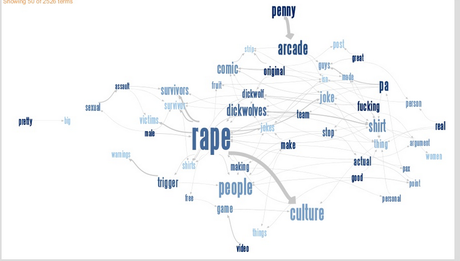 And here’s how it was used in the troll comments. 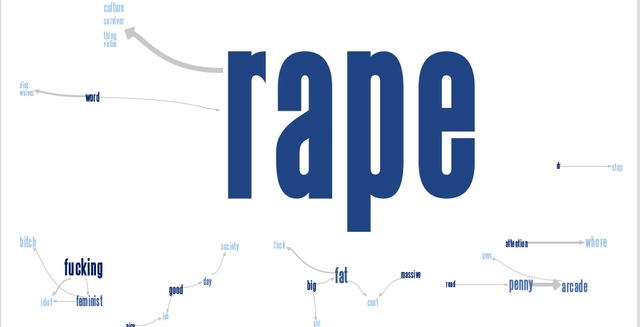 Noticeably, it was used a lot more and in a lot fewer ways – as the same insult gets repeated over and over again.

It’s even more striking with the phrase “I hope” where normal comments use it in multiple ways to express lots of different aspirations, but the trolls use it in about 10 depressingly repetitive ways… 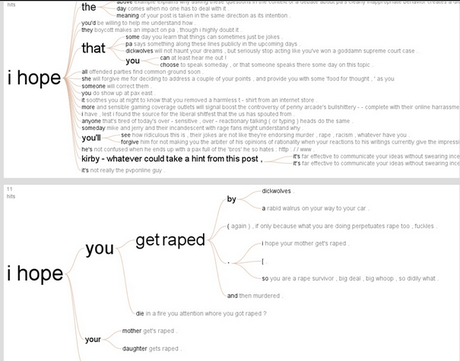 Other features of troll comments that the writer noticed:
> they were much less likely to be replying to someone else in the thread (17% to 60%)
> insults tend to be personal, agressive and often completely random and unrelated to topics mentioned in the post or the blog. eg. use of the word “fat”among troll comments was very high, though body weight or size are topics that never come up in the writer’s blog.

However she rounds up by saying that pro and con debate can be really healthy for a blog, so it’s worth moderating the negative comments in, though still policing the line between the trolls and the angry people.