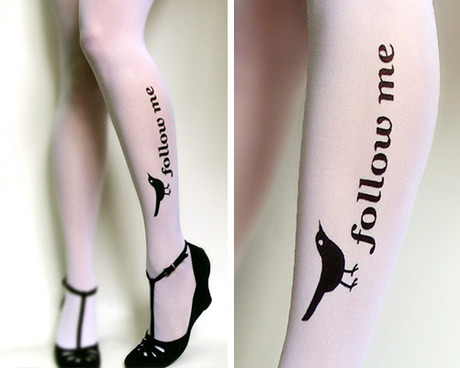 Twitter has spawned lots of great software clients, but the same can’t be said for fashion products. It’s fair to say that microblogging sites don’t inspire good clothes. Someone has gone and made Twitter Text Tights, they look like what you can see above.

Based in part on Henry Holland’s Wanna Party tights which used black text on a flesh coloured background, these come in two versions. One takes the text symbols used on Twitter: @ # ! ;) – among others – and sticks them on some tights. Another version says: “follow me” and includes the Twitter bird. Would you wear them?

One thought on “Shiny Poll: Twitter tights – do we want them?”