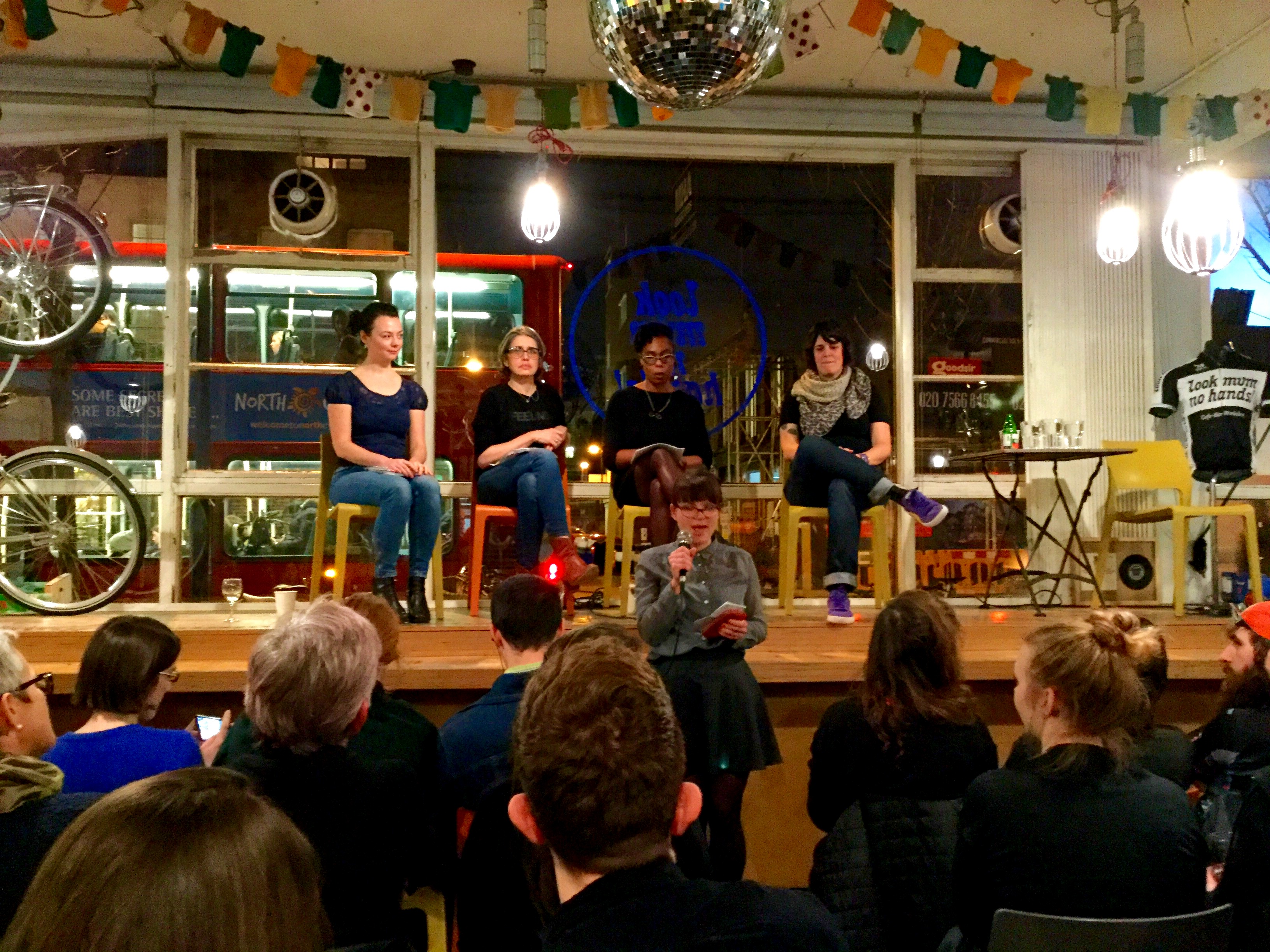 On Wednesday, February 3, a bustling Look Mum No Hands! on London’s Old Street played host to the first in a series of innovative bike-themed events soon to hit the capital: How Women’s Cycling is Represented in the Media.

Organised by Women and Gender Variant Nights (WaG) at the über-cool London Bike Kitchen, which also runs free workshops to equip female and gender-variant people with skills such as bike maintenance, the event also featured stellar speakers. Jools Walker, a cycling blogger and presenter, was chair of a panel comprising Adele Mitchell, a cycling and mountain biking blogger, Laura Laker, a cycling journalist, and Chris Garrison, a cycling marketing expert.

Addressing a packed room, they covered a range of topics which mostly centred around the issue of representation. Whether that’s through brand advertising, big name cycling events or features in cycling magazines, women still constitute a distinct absence in the industry. Here are the main things we took away from the event.

1. Visibility is still a huge problem

Only 26% of journeys on bikes are made by women in London, so female cyclists are ‘the exception’. As a result, cycling magazines often think women don’t read them, and attendance at cycling events is predominantly male.

But as Chris aptly pointed out, there are only so many MAMILs. Cycling is growing most rapidly among women and girls – so the message that reaches them needs to be encouraging. She wants to see a world where women’s cycling is just cycling, and where it’s normalised to a point where a majority of people use it as a mode of transport, like in the Netherlands.

Jools made the important point that the issue of representation, as well as being gendered, is racialised, too. Black and ethnic minority women are even less represented in the media – cycling still has a reputation as the preserve of white, middle-class, middle-aged men.

‘I was told by friends when I started: “black girls don’t bike”,’ said Jools. ‘I don’t see many girls like me in the media. Some of the advertising is so glossy – it seems so unattainable (like a lot of advertising!) but cycling isn’t difficult. And more women need to know it’s not expensive either.’

Cycling is growing most rapidly among women and girls

Unfortunately, there’s still a way to go. Italian brand Colnago apologised last year after a massive faux pas in which they posted a photo to Twitter of a very young woman bending over a bike with a caption that read: ‘fancy a ride?’ SixSixOne has also come under fire for its use of sexist imagery, and #Sockgate caused a furore at an Interbike expo in 2015. Oh, and don’t forget the Maxxis Babes. Will it ever end?

4. … But some are doing a great job at representing women

All the panellists agreed that there are examples of brands doing really great stuff when it comes to representing – and advertising to – women who cycle. Adele showcased Sealskinz’ #IAmEndurance video, which tells the story of a young woman who was inspired to start cycling as a way of rebuilding her confidence after escaping an unhealthy relationship. This, the panellists agreed, is a positive move: showing how cycling is more than just a sport, and how exercise helps improve mental health.

The other example was Look Mum No Hands’ very own advertisement for their podium pants. Everyone loved the refreshing normality’ of the women featured, and the cute cups of tea (a staple in cycling culture) clutched in their hands were also roundly appreciated.

When I first saw the photograph, I was almost taken aback at its gentle message – so used are we to seeing high-gloss, ostentatious, sexualised images of women in advertising, it was difficult at first to even realise that they were showcasing a product. Good job LMNH! 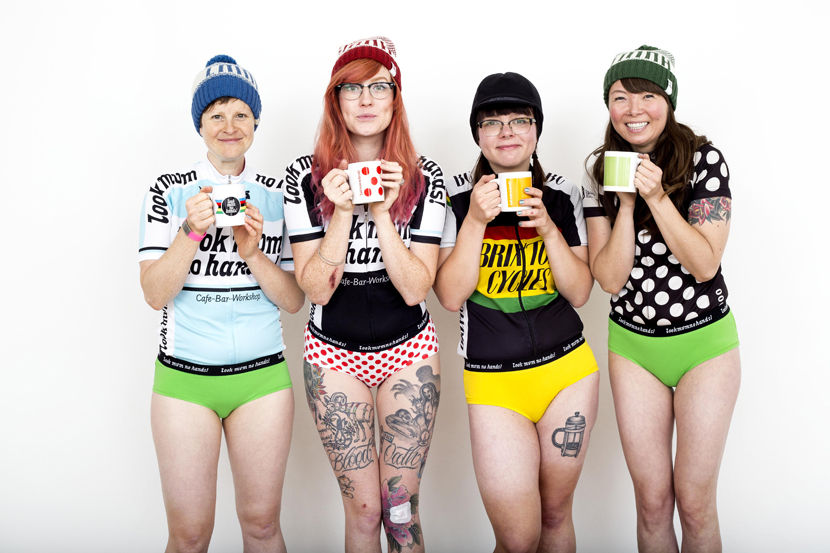 There’s a growing appetite for authenticity and honesty in advertising now – people don’t want to see edited, perfected images that don’t represent them. Add this to the incredible energy and passion for cycling out there, and we can all continue to campaign for better visibility and representation. Women are not a homogeneous group – we range from elite experts to complete beginners, and we all make a valuable contribution to the world of cycling. So let’s see that reflected in the media!

You can read more about the event here.