There’s something undeniably refreshing about entering a new calendar year. Consciously or unconsciously, you may be looking to make a change in your life – and that change could involve travelling.

Whether it’s hiking through the Welsh hills, a trip around Australia, an extended stay on a remote island you’ve dreamed of all your life, a backpacking odyssey across the seven continents, inter-railing through Europe or a spontaneous romantic getaway to Venice, there has never been a cheaper time to travel. Whatever your plans, a watch of these films will undoubtedly inspire you to pack your bags. 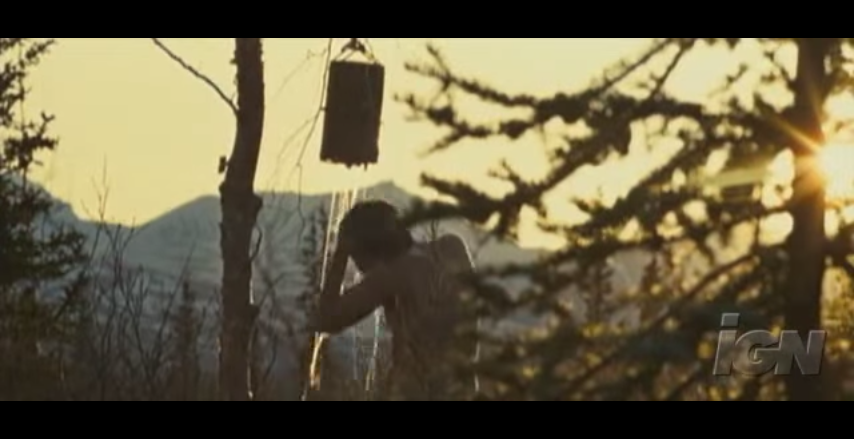 ‘So many people live within unhappy circumstances and yet will not take the initiative to change their situation because they are conditioned to a life of security, conformity, and conservation, all of which may appear to give one peace of mind, but in reality nothing is more damaging to the adventurous spirit within a man than a secure future. The very basic core of a man’s living spirit is his passion for adventure.’

Based on the bestselling book by Jon Krakauer, Into the Wild stars the enchanting Emile Hirsch as Chris McCandless, whose true story unfolds across the West Coast of America in stunning scenes which will make you ache to travel. Sickened by the world he inhabited, McCandless one day cut up his credit cards, burned all his money and set out to experience the raw world. Into the Wild is the beautiful, emotional story of the things he saw, the people he met, and the price of his freedom. This film also has one of the best soundtracks I’ve ever heard – all performed by Pearl Jam’s Eddie Vedder. 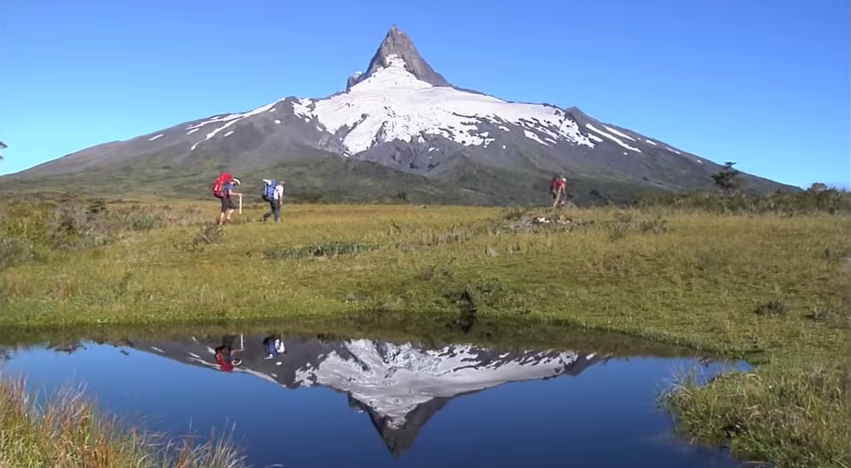 ‘I’m drawn to open country. It’s where everything becomes clear, where the world makes the most sense. When I put myself out there, I always return with something new. A friend once told me: The best journeys answer questions that in the beginning, you didn’t even think to ask.’

180° South is a documentary film which follows one man – Jeff Johnson – and his journey from Ventura, California to a Patagonian mountain, Cerro Corcovado. The film features exquisite scenery of Easter Island, Chile, Mexico, sea travel, and beautiful peaks, all candidly narrated as Johnson and his team experience the soaring highs and crushing frustrations of ambitious exploration. 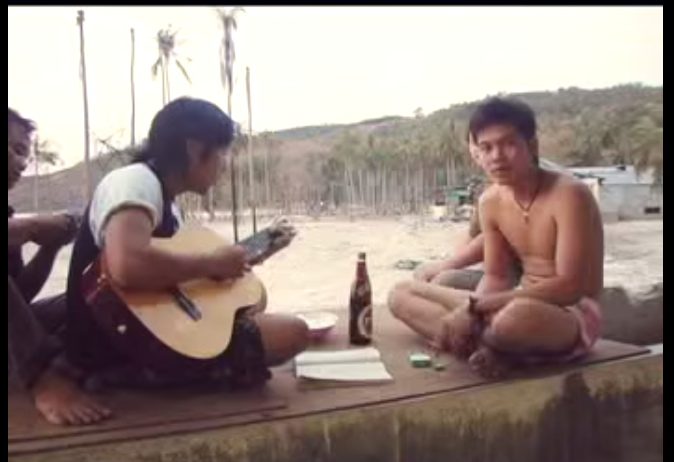 ‘No one understands, no one gets it when you get home and everyone says, “Ah, so what did you do? How was it?” How do you explain to someone who has a 9 to 5 job, who does that every single day?’

When you’re travelling for a long time, every day feels like a Saturday. At least, that’s the premise of this documentary film by Brook Silva-Braga, a New Yorker who gave up his lucrative TV job to backpack around the world for one year.

Through a series of interviews with fellow travellers, Silva-Braga charts the emotional trajectory of long-term travelling – the stirring sense of freedom, the sense of connectedness with the world, the incredible friends met – and the sorrow of always having to say goodbye. 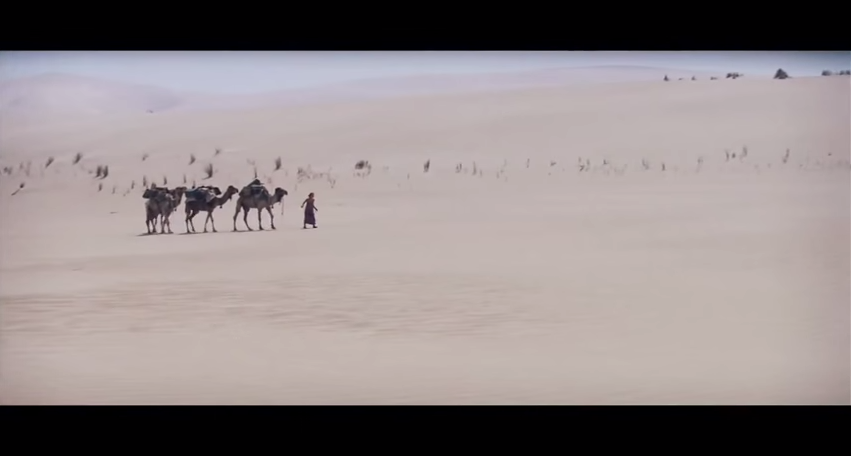 ‘The universe gave us three things to make life bearable: hope, jokes, and dogs. But the greatest of these was dogs.’

In 1977, Robyn Davidson trekked 1,700 miles for nine months across the Australian desert, taking four camels and her dog. The journey was documented by National Geographic Magazine, and her subsequent memoir, Tracks, was what inspired this film of the same name.

With breathtaking sweeps of the desert landscape and a flawless performance by the enigmatic Mia Wasikowska, you can’t fail to feel inspired after watching this. I never felt a strong desire to visit Australia until I watched Tracks – it’s one of the best films I saw last year. 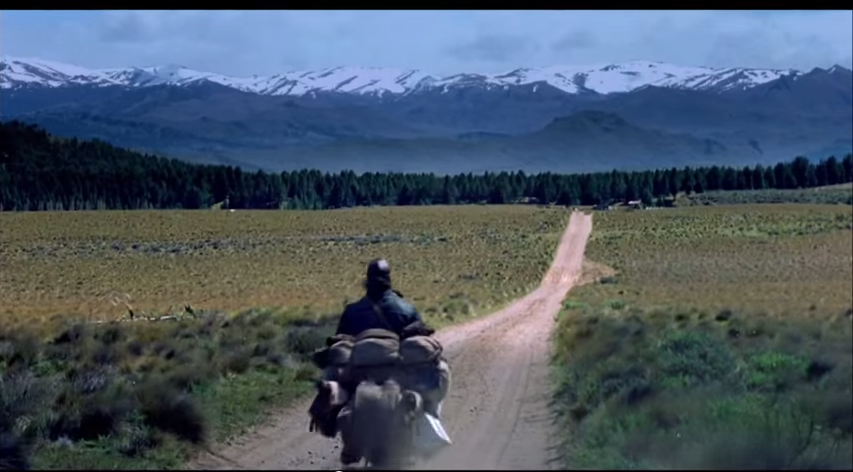 ‘How is it possible to feel nostalgia for a world I never knew?’

Based on Ernesto ‘Che’ Guevara’s memoirs, written years before he became an internationally-iconic Marxist revolutionary, The Motorcycle Diaries follows the journey of two young men on their 1952 escapade through South America on an old motorbike.

It’s hedonistic and humorous, but the film also captures a rare humanity. By the end, Guevara is transformed by the things he has witnessed – peasantry, disease and suffering in various impoverished indigenous communities – planting the seeds of future radicalisation. The film shows a younger, gentler version of Guevara; as Paul Webster, the film’s executive producer, commented: ‘The Che of The Motorcycle Diaries is more akin to Jack Kerouac or Neal Cassady than Marx or Lenin.’ It’s a must-watch for those with a taste for travelling rebelliously.

‘And me? I still believe in paradise. But now at least I know it’s not some place you can look for. Because it’s not where you go. It’s how you feel for a moment in your life when you’re a part of something. And if you find that moment… It lasts forever.’

Based on Alex Garland’s novel of the same name, Leonardo DiCaprio plays the sometimes dislikeable protagonist, Richard – an American college student travelling through south-east Asia for the summer. When Richard and his companions discover a secret island community off the coast of Thailand, what follows is a dreamy but dark adventure of passion, destruction and betrayal. The Beach captures the essence of minimalistic travel, the incredible beauty of the surroundings, and ultimately, the sense of loss when it goes wrong. 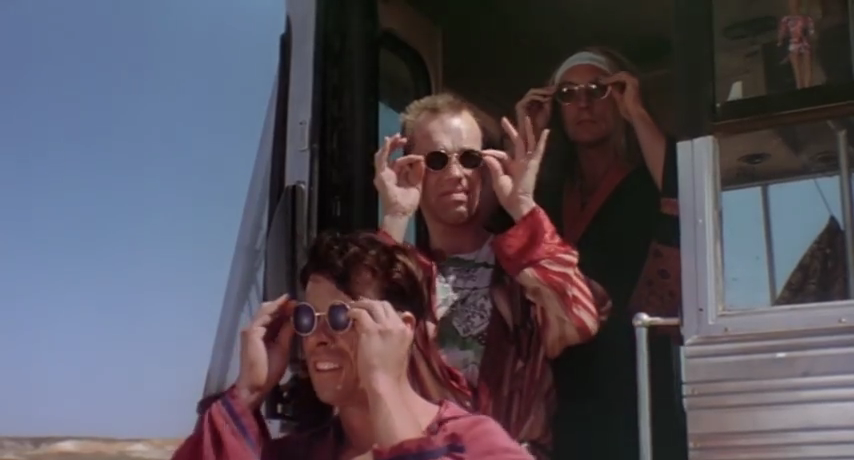 ‘A desert holiday, let’s pack the drag away. You take the lunch and tea, I’ll take the ecstasy.’

This film traces the journey of two drag queens and a transsexual woman, who travel across Australia in a lavishly converted tour bus they have named ‘Priscilla’. It was instrumental in bringing Australian cinema to world attention, and received critical praise for its portrayal of LGBT individuals.

It’s laugh-out-loud funny and features such a strange storyline you can’t fail to be amused – not to mention the amazing landscapes of the outback and demonstrating the fun you can have when on the road with friends.

‘The universe, I’d learned, was never, ever kidding. It would take whatever it wanted and it would never give it back.’

Released in the UK recently, Wild is based on Cheryl Strayed’s memoir and tells the story of the author, who decided to hike alone over 1,000 miles of the Pacific Crest Trail in order to escape bad personal circumstances and years of destructive behaviour.

Emotionally powerful and driven by memories, this film will probably make you want to undertake a similar journey of self-discovery, as it captures the constructive, cathartic basis of solo travel. 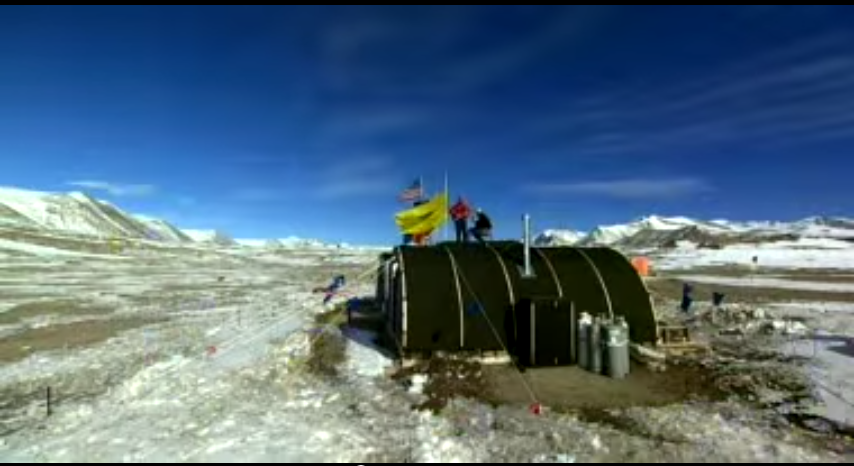 This documentary was made by German film-maker Werner Herzog to meet the people living and working at a base in Antarctica. Full of bizarre interviews and with a philosophical narrative, this film captures the harshness and beauty of the Antarctic landscape – whether or not you want to go there, it will make you consider the difficulties of working in such conditions, and may inspire you to go on holiday to a country with a colder climate.