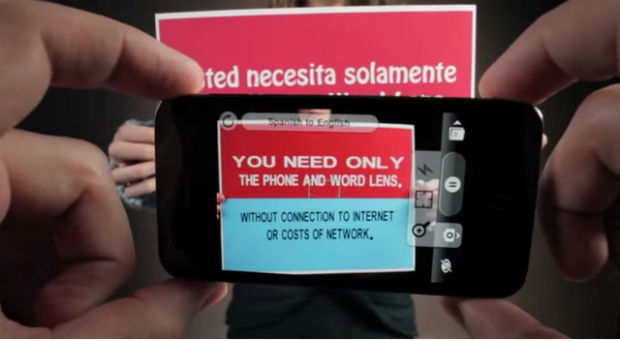 Google looks set to go further in its plan to take over the world, having acquired yet another app.

The search giant has revealed that its has acquired the makers of Word Lens, an app that can translate printed words between languages without the need for a network connection.

Designed to help users read foreign signs and menus; the app is so popular is was recently showcased by Apple in one of its TV ads – something unlikely to happen now!

Quest Visual, developer of the app, confirmed the deal but didn’t disclose any details.

A statement made by the company said: ‘With Word Lens, we’ve seen the beginnings of what’s possible when we harness the power of mobile devices to ‘see the world in your language

“By joining Google, we can incorporate Quest Visual’s technology into Google Translate’s broad language coverage and translation capabilities in the future.”

The app supports a variety of languages including Spanish, French, German, Italian and Russian, and is available on iOS and Android, as well as Google’s Glass wearable computer.

Both the Word Lens app and the language packs are free to download, while they transition to Google.