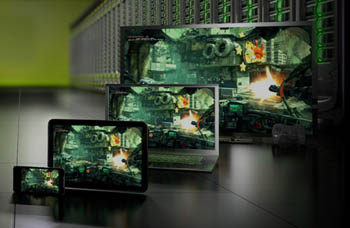 Nvidia is staking a strong claim on the cloud-based gaming arena at CES 2013 this week by unveiling the Grid.

The Grid is just like Netflix but for die-hard gamers instead of movie buffs and – after a demo from the team – appears to be a seamless way for users to play a range of different games across multiple devices. Whatever game you play on one device and whichever stage you reach, you can then pick everything up from the exact same spot using another, which is what has led many to draw comparisons with Netflix’s functionality.

There’ll clearly be some issues with streaming games for those in areas that don’t have the best data connections, but there’s no doubt the Grid could prove to be a key competitor to the likes of OnLive and Gaikai that are already in the “game”, so to speak.