Today Nokia announced the first two handsets from its Windows Phone 8 range, the Nokia Lumia 920 with some great photography and navigation features and the Nokia Lumia 820, a mid-range option with a customisable exterior. 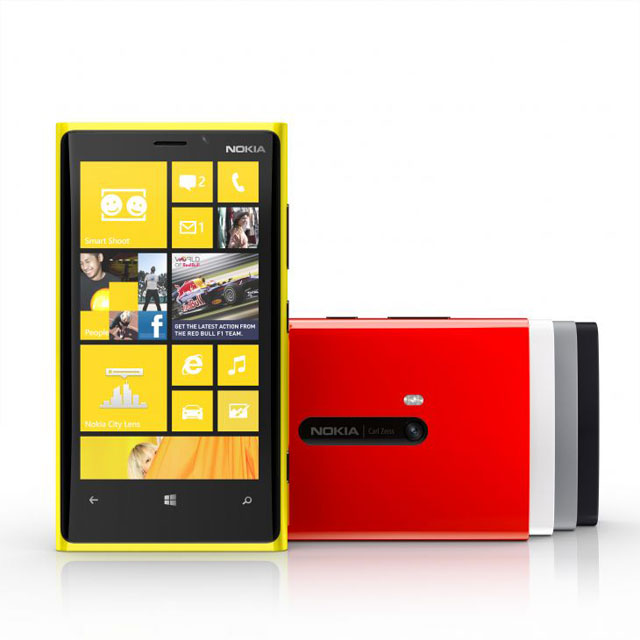 Using advanced floating lens technology, Nokia claims the Lumia’s camera can take in five times more light than similar smartphones without the need for a flash, making it ideal for taking bright photos and videos indoors or at night time.

Jo Harlow, executive vice president of Nokia Smart Devices, makes a number of impressive and bold claims about the camera on board the device:

“Nokia PureView continues to deliver cutting-edge technology to make it possible for a smartphone camera to take the kind of images usually only seen on a standalone SLR camera.”

“We view imaging as a core area for differentiation in the smartphone space.

“Low light photography has been a weak point for smartphones. Nokia has addressed this with PureView to create real customer value. By applying its rich expertise in imaging Nokia has created a best of breed experience for everyday use.”

Another impressive feature built-in the Lumia 920 is the use of Augmented Reality within Nokia City Lens, an interesting location feature that allows you to point your camera at a city street and then see a detail overlay of all kinds of information about places to eat, visit and stay onto the sides of buildings.

A similar kind of AR tech also comes to Nokia Maps and according to the company a number of advances have been made to Nokia Drive and Nokia Transport too.

The device features a 4.5-inch screen running at WXGA (1280×768) resolution using “Nokia PureMotion HD+” technology that promises to offer an experience “better than HD”, with a curved glass display that delivers blur-free motion from video and app scrolling thanks to “PureMotion HD+” processing tech. The display also uses ClearBlack, a new automatically activating system for adjusting brightness, colour and contrast details to compensate for lighting, intended to deliver a clear viewing experience no matter how bright the sunlight is. Nokia also claim it to be the brightest smartphone screen ever.

Wireless charging is also onboard, with a 2,000mAh battery powering the handset, the largest Nokia has ever put into one of their smartphones.

As you’d expect from a flagship handset, LTE 4G, Wi-Fi, 3G and NFC features are also onboard, with NFC tech allowing you to “tap” music onto compatible speaker systems and have the music instantly sent to the dedicated audio device. 32GB of storage is onboard, with 7GB SkyDrive storage and 1GB of RAM to boot. 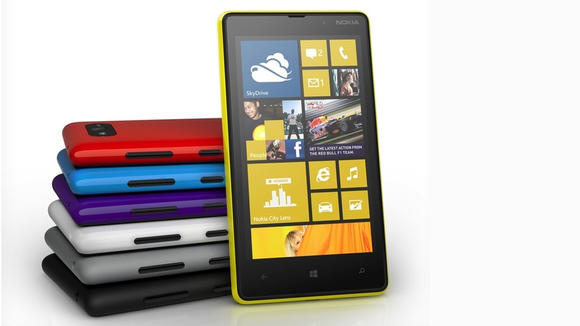 The company’s second Windows Phone 8 smartphone of the day, the Lumia 820 is a mid-range, compact smartphone that may look a lot like past Lumia models, but actually has an exchangeable shell, allowing you to select from a range of different colours, which we imagine will be a big hit among younger audiences.

The Lumia 820 comes packing the same dual-core Snapdragon S4 processor we found on its higher-end sibling above and has 1GB of RAM, a 1,650mAh battery and 8GB of internal storage.

Interestingly both devices have a Clearblack touchscreen, which means they can be used even when you’re wearing gloves, which is great news from those who like to keep their hands warm in winter.

A cheaper alternative to the 920, this device doesn’t have PureView technology but does boast an 8MP autofocus camera and the ability to shoot 1080p video.

But despite being the 920’s lower-end sibling, the Lumia 820 obviously still has all of the cool features that come with Windows 8, including a customisable start screen, Xbox Live gaming, Nokia Music and Nokia’s City Lens.