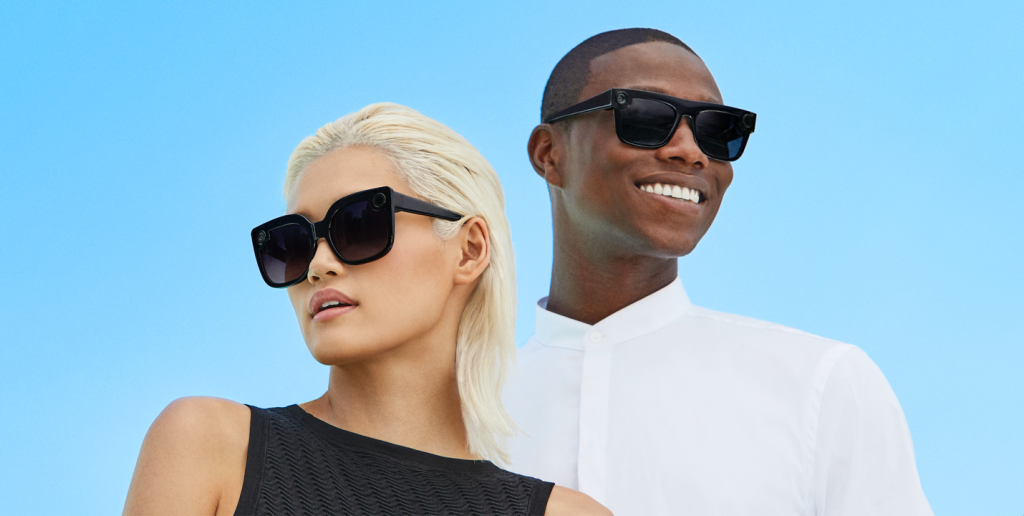 Innovation store Smartech has announced that Snapchat’s newest camera sunglasses, Nico and Veronica (pictured above), will be available from its flagship store within Selfridges, London.

Designed those who love tech and design, both of these latest designs come in glossy black-on-black and now have polarized lenses.

With the sunglasses on there is no need to pull out a phone – just tap the button at the temple to take HD photos or videos. Snaps transfer in seconds to a Snapchat account for sharing on Snapchat or they can be exported (as circular, horizontal, or square photo and video formats) for saving, editing and sharing anywhere. Whether users are at a Christmas market or enjoying a winter holiday, Specs Snaps reflect what their eyes actually saw.

Veronica and Nico capture a day’s worth of videos on a single charge, are water resistant, equipped with dual-microphones for high quality audio capture, and store hundreds of Snaps at a time thanks to their built-in memory.

The new, semi-soft protective case is also more portable than ever. To ensure they are not filming secretively, the spectacles also have an LED indicator light which illuminates when Nico and Veronica are recording or when they are capturing a photo.

“Smartech has been bringing the Spectacles experience to life since the first generation launched in 2016 and it’s been a great success, helping people to discover and try on in Selfridges, the world’s best department store.

“We believe in the vision of Spectacles, letting you live in the here and now, whilst still being able to record memories just the way you remember them. We love the new Nico & Veronica as you can still experience the same Spectacles magic, but with an altogether more fashionable look.”

Spectacles Veronica and Nico are available now from Smartech Selfridges and www.selfridges.com for £199 including protective case and cable.