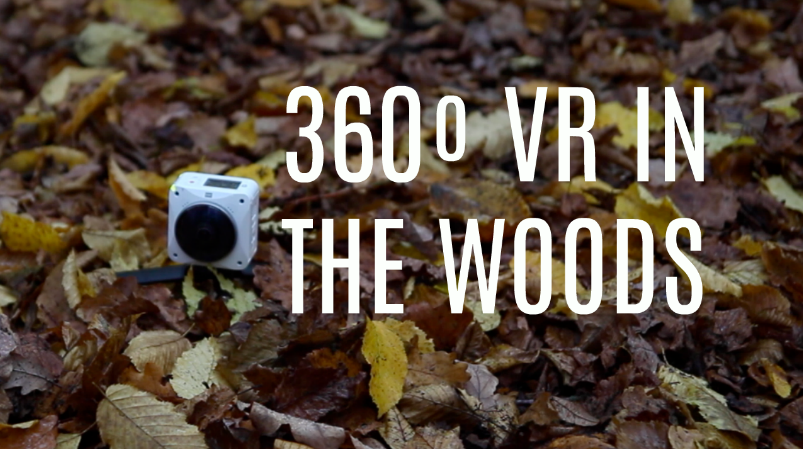 Don’t you just love those cold and crisp Autumn days when the sunlight glints through the trees and the leaves make a crunching sound under foot.

Well unfortunately the day we went down to the woods to film with the Kodak PixPro VR camera wasn’t one of those days. Instead it was one of those horrible damp Autumn days when it never stops drizzling and you feel chilled to the bones after standing around around for half an hour!

Nevermind, we still managed to have fun, burying the Kodak PixPro in the falling leaves, sticking the camera in VR 360 mode and waiting for the dogs to come sniffing round to see what was going on.

You can see some of the rough footage we shot in VR below (you will need to view in Google Chrome as it’s the only browser that supports 360). Just use the arrow keys to toggle round to see the woods in 360 glory – it’s all very Blair Witch Project, especially with the den made of sticks in the background.

Alternatively you can check out our slickly edited video featuring the Kodak PixPro in action in London’s parks and woods in the extended version below. Here you can see lots of local wildlife including ducks and squirrels as well as dogs of course! Enjoy.