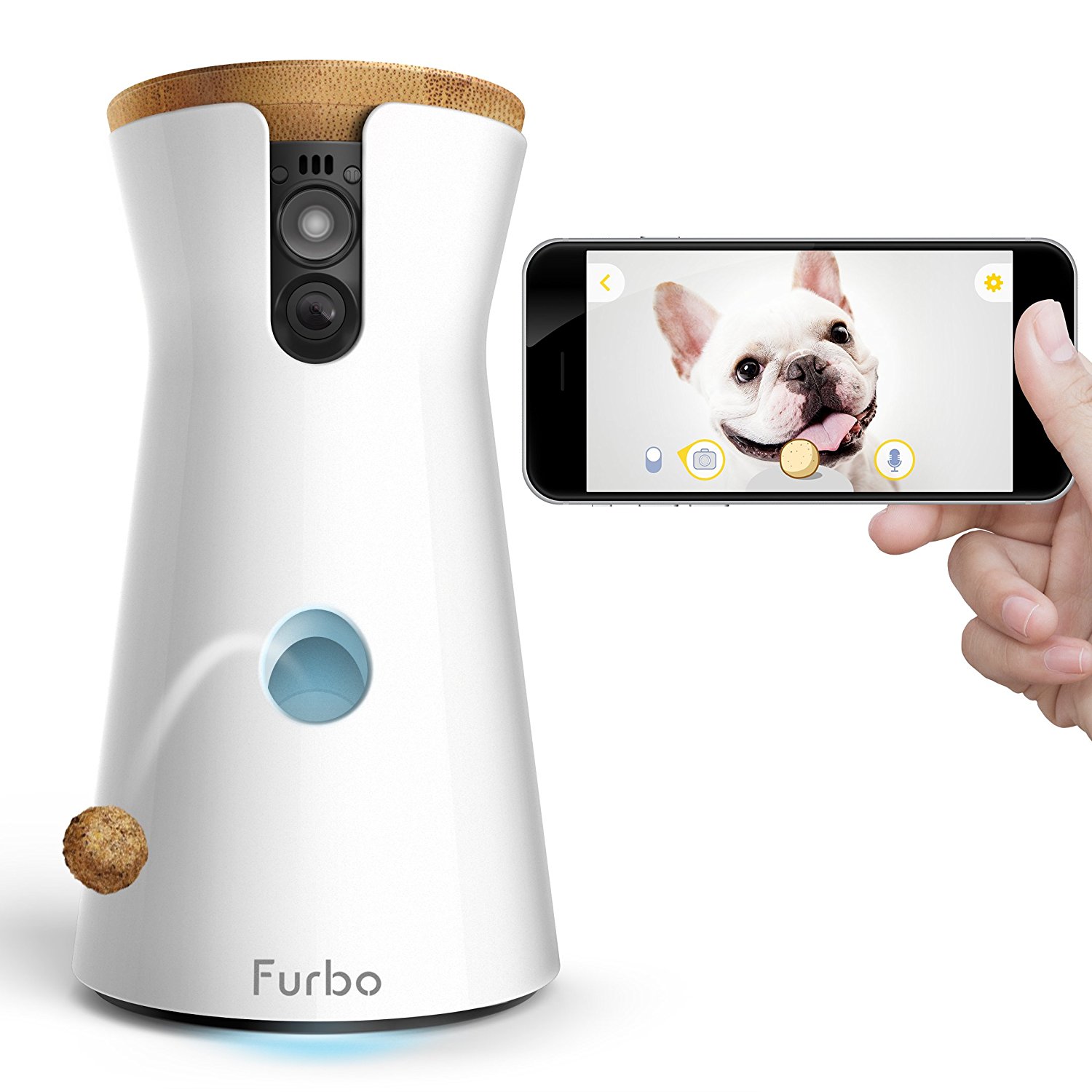 What do you buy a the dog owner (and dog) who have virtually everything? Why a treat tossing dog camera, of course.

Designed for the guilty, or perhaps curious, dog lover who wants to keep an eye on their pet pooch while they are out, the Furbo is at first glance like any other surveillance camera out there at the moment.

Using an app on your phone you view a live stream of your dog’s antics, even have a ‘two-way’ conversation with your canine chum to reassure him that you’ll be back as soon as you’ve finished that spreadsheet or downed that last pint.

Hopefully hearing your voice should help calm his separation anxiety  which is especially important if he’s a young puppy.

However, the really clever thing is that using the app it’s possible to give your dog a treat.  Simply pop off the lid, drop in up to 30 of your dog’s favourite treats, and with the touch of a button you can release a tasty morsel for him (expect the Furbo to be chewed to pieces if he knows there are further treats in there!)

Another cool feature are ‘bark alerts’ – push notifications to your smartphone letting you know if your dog is barking so you can soothe him in real time (expect funny looks if you are in the middle of a meeting at the time).

Originally launched in June 2016 on crowdfunding website Indiegogo,  Furbo is the first product from US PetTech start-up Tomofun. By the end of the 60-day campaign, it had raised $510,791 – 905% of its funding goal, making it the most successful, crowdfunded PetTech campaign ever.

Says Victor Chang, CEO of Tomofun: “We’ve been blown away by the reception to Furbo. Pet technology is an emerging industry, and we’re proud to be introducing a new kind of product that not only is the first of its kind, but truly changes the way we interact with our dogs when we’re away from them.”

Furbo is now available exclusively through Amazon.co.uk for £199.

●      Two-Way Audio – Crisp, built-in speaker and ultra-sensitive microphone, to both hear and speak to dogs and give them the comfort of a familiar voice whenever you’re out

●      Mobile App Connectivity – WiFi and Bluetooth capabilities, compatible with both iOS and Android, provides access from your smartphone, tablet, or Apple Watch