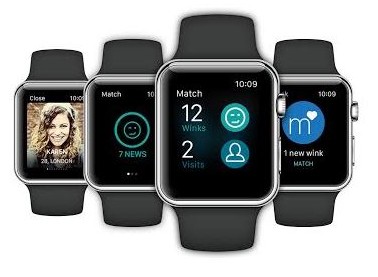 A new study of trends in wearables reveals that ownership has doubled in the last 12 months to 12% of the population with activity trackers and smart watches both doing well. However the growth of GPS sports watches has fallen.

Based on 3,000 interviews with a nationally representative survey, the poll from Clicked Research Agency’s Wearable Technology Tracker also shows that both interest and ownership is growing among women while for men it is falling. Over half of owners are under 35, but the percentage is falling with large growth in the over 55 years sector.

Perhaps not surprisingly, Apple is the Number 1 UK smart watch brand with the Apple Watch.

“12% of the UK own a wearable device, that’s around 6 million people. It’s no longer a niche category and owners are no longer new adopters. However, there is a strong seasonal effect on usage – simply put, they are used more frequently when people are outside the home and that tends to be in the warmer months”.

“The trend is in female ownership. The health and lifestyle benefits remain a core purchase driver for females, but the improved appearance of devices has also impacted on purchasing.”

“The biggest problem for manufacturers in the category is not privacy or security, it is lapsed usage. We see a very high percentage of owners using devices for a short time and then leaving them in the drawer. There is no one reason for this. We have identified many different scenarios that manufacturers need to react to.”

Here are the key findings of the research:

• Ownership of wearables has doubled in the past 12 months to 12% of the UK population.
• Activity Trackers and Smartwatches penetration has doubled, but growth of GPS Sportwatches has stalled.
• Female ownership and interest is rising, but falling for males.
• Over half of owners are under 35, although this is falling, with growth now coming from the 55+ age group.
• Apple has invigorated the Smartwatch category, with Apple now the #1 UK smartwatch brand.
• There is a seasonal impact of wearable usage with spring and summer creating higher usage occasions.
• Users are feeling less motivated by Activity Trackers than in the past.
• 32% of all wearable devices that are no longer used have stopped being used within the first month of acquiring them.

For more details on the research, go to http://www.clicked-research.co.uk/