It’s one of the least-known killers – yet deadly smoke from open cooking fires, according to the WHO, causes over four million premature deaths each year. That’s more than AIDS, Malaria and Tuberculosis deaths combined.

Yet perhaps because its effects are less obvious, this issue does not draw much attention in comparison – despite the fact that over three billion people use open fires to cook and heat their homes by using coal or biomass as fuel (that’s animal dung and forestry waste). No wonder they’re called ‘the forgotten three billion‘ by the WHO.

But social enterprise Dazin, meaning ‘to take care’, is determined to change this statistic. Set up by Punjabi native Deepak Ashwani after a visit to Bhutan in 2009, Dazin aims to help thousands of impoverished families in the tiny Asian nation, with big plans to expand.

It works by fusing the best in gasifying smokeless stove technology with a dense fuel source known as ‘fuel cookies’. Rural communities collect the forestry waste needed for local factories to make these cookies, receiving a clean stove and a continuous supply of cookies in return. 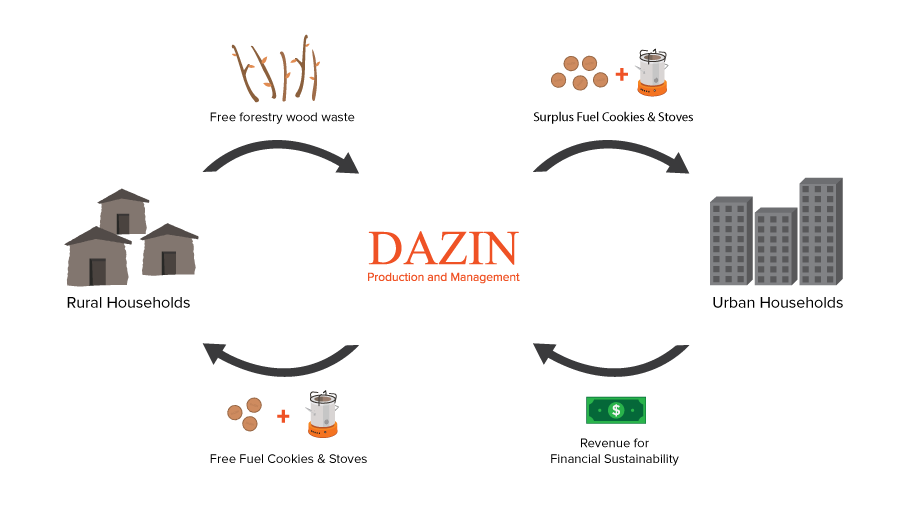 Dazin has already run a successful pilot scheme involving 55 households in Bhutan, and now has a waiting list of more than 200 new users eager to benefit from the project.

Now Dazin is crowdfunding to help raise the necessary funds to expand.

“One hundred dollars can give a stove and smokeless fire to a family for life,” says Deepak. “By making forestry waste into a safe fuel source, the impact of each donation is continually multiplied due to Dazin’s stove cost recovery model and other families can benefit.”

While smokeless stoves have been around for a while, they’re often expensive to maintain, meaning that the women and children who are most affected cannot afford to use them. This way, Dazin hopes to create an affordable and sustainable solution.