Boardroom bulldog Alan Sugar tweeted this morning that he’s bringing out a new book. It’s all about his “ten years in telly,” but it doesn’t have a name. And so in classic Apprentice style, Lord Sugar is expecting other people to do the work for him while he sits back and pretends Amstrad is still a thing.

Here are the rules: 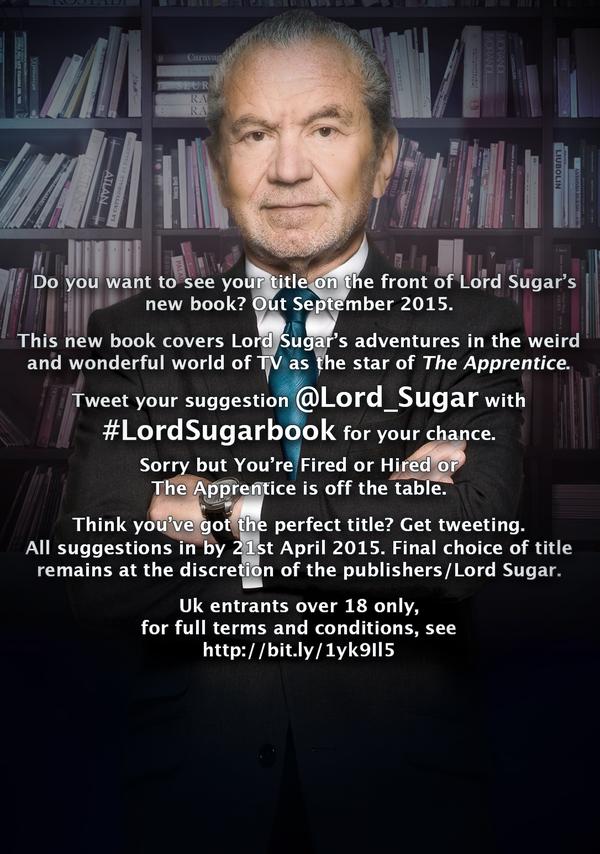 In classic Apprentice style, the prize is basically nothing. Sugar – a man who’s made a career out of pretending to be a rich and successful employer – will use your idea for his book and you’ll maybe get a tweet acknowledging your involvement.

As you can imagine, Twitter was all over this. But not in the way Sugar hoped. 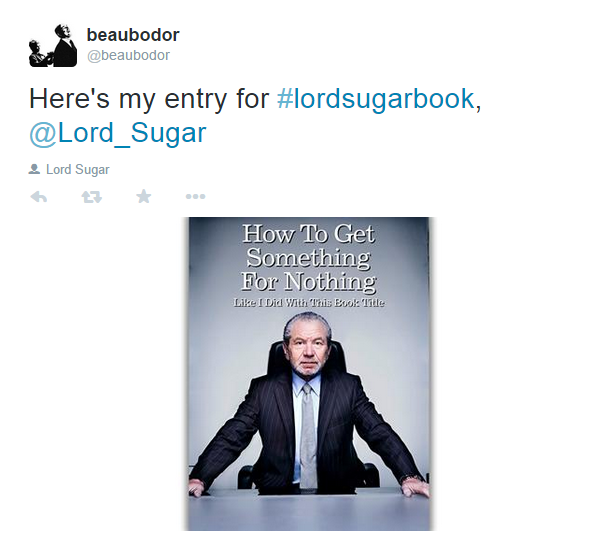 And nor could our Editor:

Meanwhile, the book’s publishers seemed blissfully unaware of the situation:

If you’d like to get involved, tweet your suggestion to Alan using the hashtag #LordSugarBook. And enjoy your non-prize.