Now here’s an odd thing. Yesterday Huawei posted a couple of videos on its YouTube channel parading its upcoming Android Wear smartwatch. Then, come today, they’ve been taken down.

Sounds like someone has jumped the gun a little. We’ll know more soon anyway as MWC begins tomorrow.

Meanwhile, Phandroid grabbed some pics which show the watch to be not unlike the Moto 360 with its metal housing, thin bezels, and heart rate monitor.

Huawei is also playing the unisex card too, as it will come come in steel and gold and is accompanied by a range of stainless steel and leather straps.

Looks good doesn’t it? It will be interesting to see if Android Wear can arrest the seemingly inevitable charge of the the Apple Watch and Pebble Time. 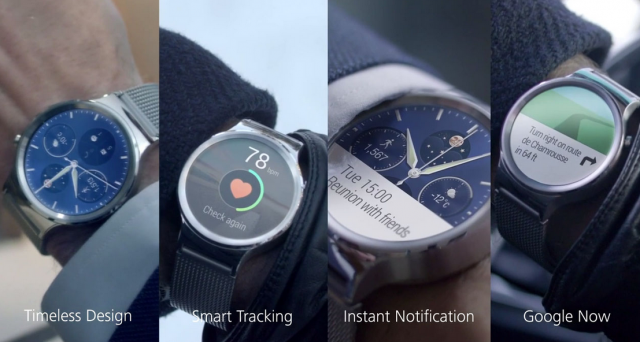