Last month WhatsApp launched a browser-based version of its messaging service. The problem was that it was fairly limited in terms of compatibility, and was only available to people using Google Chrome. Thankfully, if you don’t want to use Chrome, you now have a couple of extra options in the form of Firefox and Opera.

This means that after Android, Windows Phone, and BlackBerry users scan the QR code to set up the WhatsApp webclient, they will be brought to the following webpage: 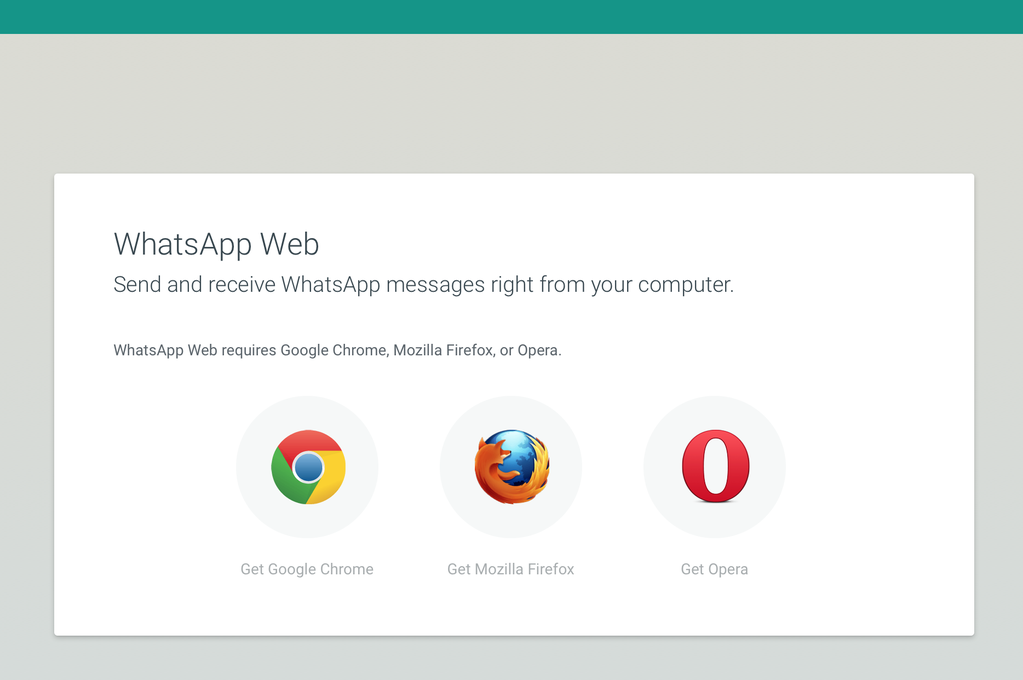 After you select the browser of your choosing, you’ll be able to use the webclient in the exact same way as before. That means your messages will be forwarded from your phone to your desktop, and the webclient will stop working anytime your phone disconnects from the internet.

iOS users are going to have to be patient, because WhatsApp still hasn’t developed a system that will let them use the webclient in a way that is user friendly. The company did announce that it was working on an iOS version shortly after the Chrome client launched, but we still don’t know when it’s going to arrive.

Until then, at least other people can enjoy WhatsApp in their browser (mostly)  in the browser of their choice.