‘On a cold winter’s evening, the whole family would gather round the wireless… because Virgin Media broadband was down to 2Mbps again.’

For as long as it has existed, the internet has been taking words and claiming them as its own. Post, thread, status; all terms that would have entirely different meanings on Downton Abbey than they do on our devices now.

And as the most verbose corner of the internet, social media is responsible for some of the greatest examples… 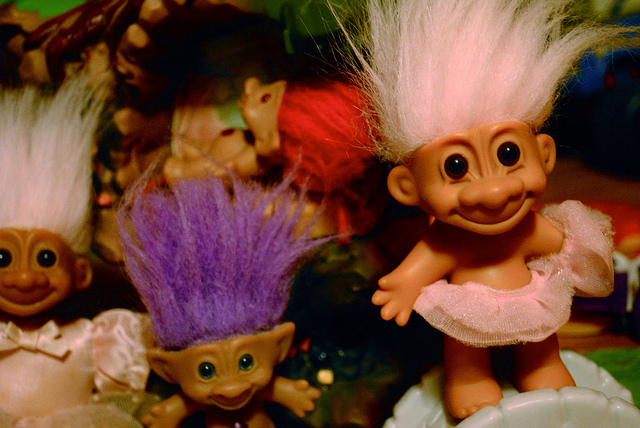 If they still lived under bridges it would be fine, because chances are the wi-fi would be really patchy down there. Likewise if we were allowed to comb their lavish, multicoloured hair into styles of our choosing and swap them in the playground for Pogs.

I guess we were still obliged to ‘like’ things for the sake of appearances before the internet (when your aunt knitted you a jumper, for example), but one of the great tragedies of our time is the devaluation of liking as a proper emotion. ‘Do I actually like this pie?’ we might ask ourselves, ‘Or am I just saying I like this pie because it was made by a friend who always like my pies?’

‘Am I simply liking the pie in lieu of having an actual opinion on the pie? Is my liking of the pie in fact just a way of reminding the world that I still exist? That although I’m not saying much, I’m still here, quietly appreciating pies?’

As with the aforementioned liking, these days having a favourite isn’t an expression of preference so much as a way to get you out of having to say anything, while still being ostensibly a good person. As fridge magnets of the future will say: anyone can favourite, but a real friend retweets.

*Both. It’s a trick question and the correct answer is always ‘both’.

I’m not entirely sure anyone had ever actually used the word ‘influencer’ before about 2008, but if they had it might have been in the same sentence as your mum saying, ‘and if Jenny jumped off a cliff, would you do that too?’ Popular kids have been influencers for as long as there have been cool haircuts and other less popular kids to adore them, but nobody ever paid them to tell you what stuff you should be buying. They did that all on their own, for free.

Apparently at one point we ate meals three times a day, when we were hungry. Which is apt, as most of us began our internet lives sat on a hard-backed chair too – tucking into a little internet, until we’d had our fill and wandered off to do something else. But then ‘feed’ became a constant thing, shovelling more and more information into us like real-life Baby Allgones.

Now it’s up to us to make sure we don’t eat too many cookies and ruin our appetites. Which is also just adulthood, I suppose.

A deep, replenishing nap… a long, cool drink on a hot day… leaping into a crystal-clear swimming pool… clicking a little arrow once every 30 seconds for the whole of a Saturday night to see if your ex has been tagged in any of their wedding photos yet. 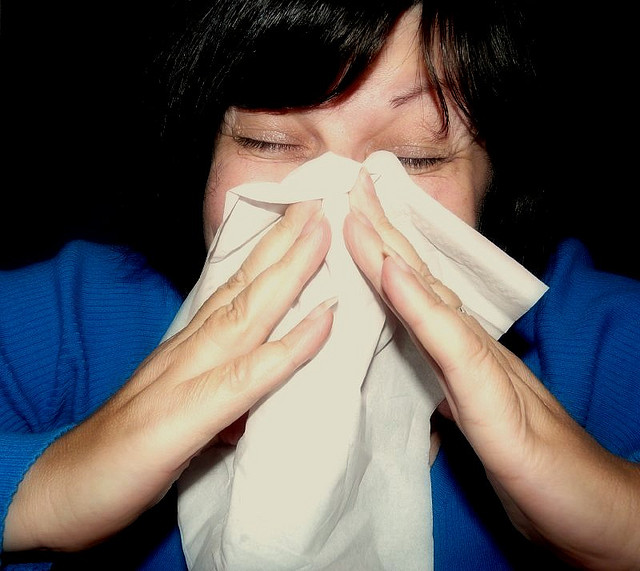 ‘Yar, can we like, make a viral?’ are words to strike resentment into the heart of any digital marketer. Of course the correct response is, ‘yar sure – and can you, like, go outside and catch the flu today?’, followed by some slow, deep breathing into a cushion.

To claim to know somebody, you used to have to at least have swapped oxygen, and preferably words, with them on several occasions. Or you could know them in the biblical sense (meaning you’d swapped something else), or know ‘of’ them, which probably meant you’d glowered at them from across the room at a church bazaar or some such.

But then social media muddied the puddle of acquaintance to the point where you can come to think of someone as a dear old friend despite having not actually met them. Sometimes you don’t even know what their face looks like. In your head they’re a grainy, stamp-sized avatar, walking around on stilts.  ‘Oh I know @blahblahblah!’ you will trill when someone brings them up in conversation. But if you don’t immediately follow up with the disclaimer – ‘I mean, only on Twitter/Instagram/from blogging/they were cc’d into the same email as me once in 2008’ – then you are a friendship fraud and must sit in the corner by yourself.

I suppose our parents ought to be happy that we finally learned to share. Because boy, did we learn to share.

Of course originally sharing tended to happen with people who actually wanted the things you had to share, but that’s only a small detail. How GENEROUS you were with those holiday photos! How BENEVOLENT with the sleepy selfies! How SELFLESS of you to invite the world in on that time your mate went to the shops to buy a Twix but they only had Lion bars so he got a Lion bar instead but still really wants a Twix lol.

That’s better than actually giving us all a Twix, you lovely sharer, you.

Once a big word for big feelings, and a teen magazine for other big feelings, ‘bliss’ has since been relegated to describing pancakes, coffee and Sunday papers – but only if they happen all at the same time, and on 200 count Egyptian cotton bedding from The White Company.

Be careful not to spill that bliss, now.