There are many places where it’s unacceptable to plonk yourself on the floor out of tiredness: the train, the pavement, the loo. But Swiss start-up company noonee has created the a prototype for the ‘Chairless Chair’ to solve this problem and allow you to take a rest whenever, wherever you need to.

As reported on CNN, the device has been designed with factory workers in mind, who typically spend a lot of the working day standing up. The 29-year-old CEO and co-founder of the Zürich-based company, Keith Gunura, told CNN that he had worked in a UK packaging factory when he was 17.

‘Standing for hours on end causes a lot of distress to lower limbs, but most workers get very few breaks and chairs are rarely provided, because they take up too much space. So I thought that the best idea was to strap an unobtrusive chair directly to myself.’

The Chairless Chair works by being strapped to the legs and held by a belt on the hips. It moves easily with the body, allowing the wearer to walk or even run. Then when it comes to sitting down, the wearer needs only press a button and the locking-leg device will support their full body weight, allowing them to sit comfortably (although I’m sure it would take some getting used to before complete relaxation is possible!).

Powered by a single 6V battery which can last up to 24 hours, the Chairless Chair weighs only two kilograms. The five-person noonee team’s vision is to start a ‘Chairolution®’ with the aim of ‘bringing forth a new era of wearable ergonomic leg devices’.

While this product is attracting a lot of interest from the likes of Audi and BMW, it’s still a rather bizarre concept which may take a while to reach mainstream status. Would you be willing to strap on one of these for the sake of a quick recess? 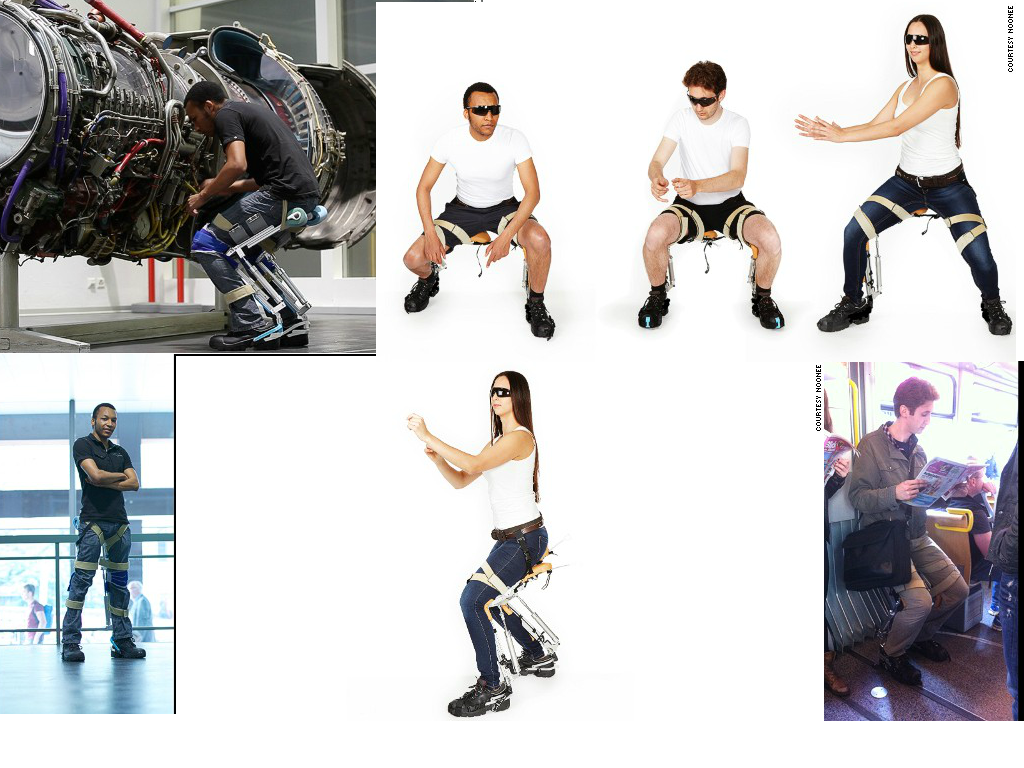