Kate Russell is a technology reporter who presents the website review section of weekly technology show, BBC Click. She’s fun, articulate and has a genuine passion for technology – so you can see why we were so keen to speak to her here at shinyshiny!

Kate has written about technology, the Internet and gaming since 1995, and is a regular on many TV channels, including Nickelodeon, [.TV] and ITV. She’s regularly consulted as an expert, and also writes for National Geographic Traveller magazine and Web User magazine. That’s before we even get started on her books, one of which reached over 400% of its funding target on Kickstarter!

With all this on her plate, we were very grateful to get to speak to Kate. Scroll down to read our interview.

Hi Kate! So tell me about your role and what you say you do when anyone asks!

Primarily I think of myself as a writer, as everything I do really begins with putting words down in a script or an article, but I am also a TV reporter, lecturer and public speaker, specialising in technology. I have two books published. The first is a business book about using the internet –Working the Cloud. The second is a sci-fi novel – Elite: Mostly Harmless – written under official license of the space trading game, Elite.

Wow, that sounds like a very busy schedule – how did you get into tech reporting?

Actually it was a dare. I was working for a company that manufactured games for the big publishers when a customer of mine saw an advert for a ‘young and funky female presenter that knows about video games’ for a show on Nickelodeon. He always teased me for being a geeky gamer and so he dared me to apply. I did, and to my surprise got offered the job.

So what would you say motivates you day-to-day?

I love learning new things, meeting interesting people and telling great stories. I’ve been incredibly lucky to be able to make a living out of those passions and I guess what really motivates me is that lots of people think my work is worth their time to read or watch.

Perhaps the fact that you’re a woman also makes you more appealing, and your opinion more valued – there’s obviously a gender imbalance when it comes to technology, being seen as a typically ‘male’ interest. Would you say you have a female perspective on technology? If so, what is it?

I get asked this question a  lot and to be honest I find it impossible to answer. What is the female perspective? I am female and I love technology, but I know statistically I am in the minority. My perspective on everything in my life, including technology, is formed by my life experience and interests. My gender is just one small part of that so I think it’s a red herring to pay it too much attention. 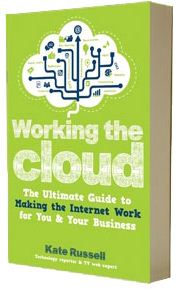 On that note, what are your thoughts on the female/male split in the reporting and tech industries? Is it something you’ve noticed much?

There are some brilliant people reporting on technology, men and women. I think the gender split is broadly reflective of society and the tech sector has a massive gender imbalance, it’s sad but a fact. But recently reports have started showing that women not really being interest in tech is a myth – like this ESA report showing half of all gamers are women. Companies now realise they are damaging their bottom lines by not having a balanced workforce, in every respect, so there has been a big drive in the UK particularly to recruit more women and get girls interested in STEM subjects

You’re brilliantly successful, but this kind of thing isn’t easy to get into – what advice would you give to someone who wants to get into reporting/broadcasting? And what’s your most valuable tip?

Work hard. Understand the whole process, not just being in front of camera. Be prepared to start at the bottom and prove yourself every step of the way. And do it with a relentless smile on your face, even when you haven’t slept for three days and the edit suite just crashed losing all your rushes.

With everything you’ve done throughout your career, what’s your proudest achievement?

And what else do you want to achieve? Do you have a five-year plan?

I’ve been stuck behind a screen writing books for the last three years so next on my list is to cover some serious kilometres on the road bike I just bought, making the most of this lovely summer. My sci-fi novel comes out in paperback, hardback and audiobook in the next few months, so there will be an extended publicity period for that, after which I fully intend to start writing my next book. I suppose this constitutes my five-year plan!

Have you made any mistakes along the way? How do you feel about making mistakes? Are you easy on yourself?

The day you stop making mistakes is the day you stop learning. I haven’t made any massive clangers for years and years though. I’m pretty disciplined when it comes to work.

How do you deal with criticism and setbacks?

I interviewed Doug Clark for my first book and he said something that really stuck for me. ‘If someone tells you ‘this can’t be done’, what they are really saying is ‘no-one has done it yet’… so why not try to be the first?’ I like to think I have that kind of attitude to setbacks. As far as criticism goes, the naked truth from a trusted source is a brilliant gift, so use it and be thankful. If it is an unfair comment or just a random stab out of the dark on social media, I have spent enough time online to find it pretty easy to ignore.

So when it comes to apps, which five couldn’t you live without?

What phone do you have? And why did you pick it?

I have them all! I review apps for the BBC so I have a table in my office that is just covered with cables and charging stations.

Aside from your phone, which piece of tech do you rely on the most?

My desktop machine first, tablet second, TV third, Jawbone Activity Tracker band fifth… oh, and my Sonos wifi speaker goes with me everywhere at home, even into the garden.

How do you deal with haters, trolls and other internet nasties?

I hesitate to say this as it may open the floodgates, but people are generally pretty lovely to me online. I spend a lot of time on Twitter and we have a lot of banter and people suggest websites and apps to review, which makes my job a lot easier and makes them feel part of the programme. I’ve also been a gamer for much of my life and have spent many hours on multiplayer servers trash talking the usual gamer stuff, but I’ve never had a problem or felt I’d been dealt excessive unfair criticism. I have always been careful not to leave any food lying about for the trolls though, so maybe that is why. Internet nasties like trolls and haters die pretty quickly without attention.

One thought on “shinyshiny talks to BBC presenter Kate Russell about tech, Twitter & tips for success”