This phone is the epitome of ‘cheap and cheerful’. It’s bright, sweet, and just £80 on pay-as-you-go. So what exactly do you get in a sub-£100 Android handset these days? A surprising amount, in this case – 4G LTE, a quad-core Snapdragon™ processor, a main and front-facing camera, and even a choice of three snap-on battery covers. But is it any good, or is that £80 better used towards a higher-end handset? 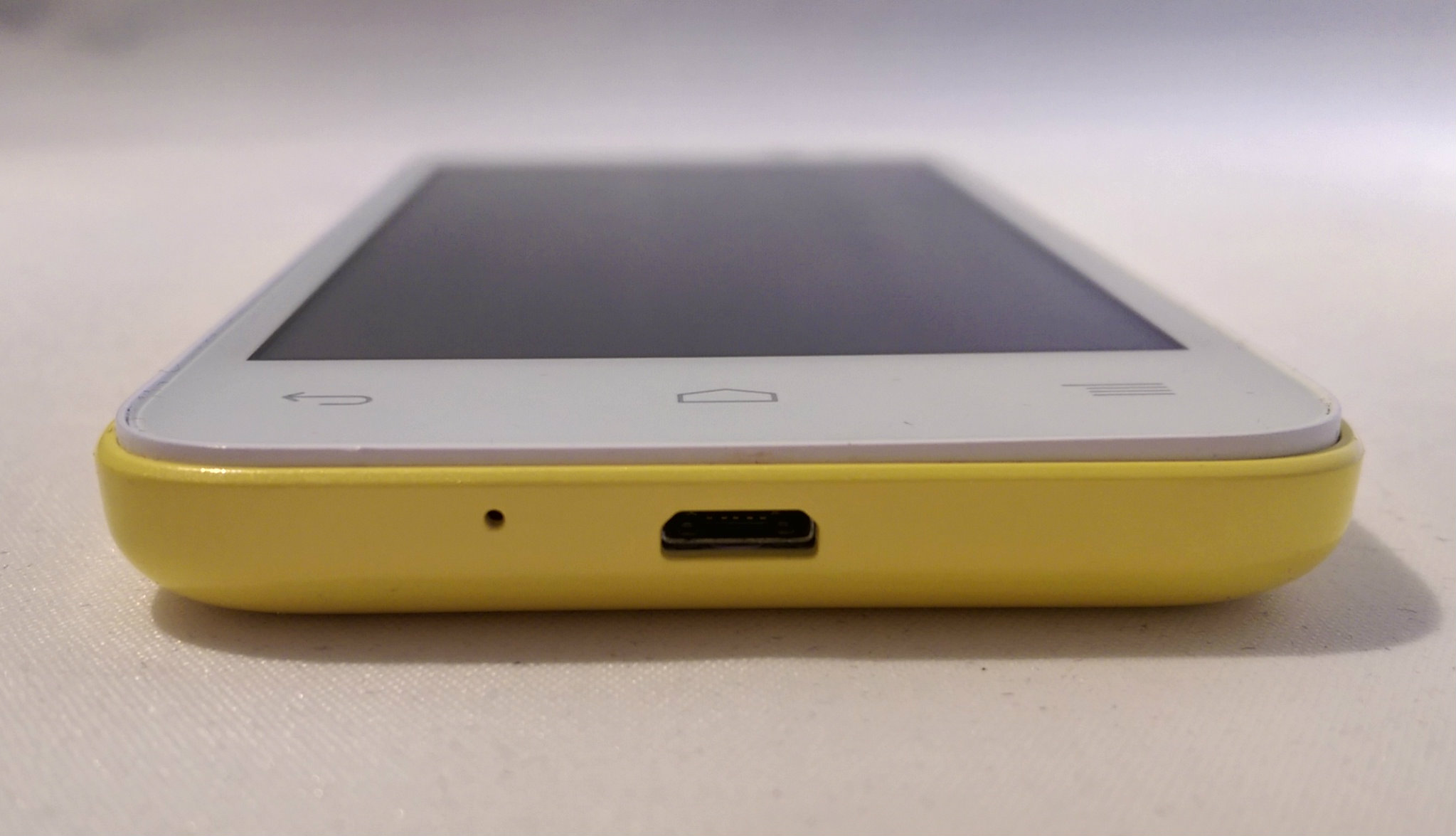 If the look of this phone reminds you of the iPhone 5c, you’re not alone – in fact, over the week I used it, several people mistook it for one. The screen size is the same, but given that it’s more than £300 cheaper, the build quality is unsurprisingly not quite up there with Apple’s.

It’s an extremely light handset at just 130g, being that it’s cased entirely in plastic. The front panel is white (at least on my model – a black version does seem to exist, but it’s not currently stocked at EE, who supplies this phone in the UK), and the snap-on covers form the rest of the case. Unusually, the power button and volume rocker are part of the removable cover, which would be useful if you broke one of them – a quick case switch and you’ve got a working button again.

It’s impressive that the phone comes with three of these snap-on cases, given the price. Admittedly, they’re only thin plastic, but it’s a nice gesture nonetheless. Alcatel makes cases in 9 colours for this phone, but, again, they’re not currently available from EE, so at the moment you’re stuck with the ones it comes with: grey, white, and yellow. I got quite attached to the yellow one over the week – it’s very summery, and somehow makes the phone seem cute. It’s worth double-checking you’ve snapped it all the way on, though, because several times I ended up with gaps between the case and the phone body because it hadn’t quite caught.

Underneath the cover is a removable battery – which is a bonus for people who like to carry a spare – and the SIM and MicroSD slots. Putting these in above the battery in the back of the phone feels a bit old-school to anyone who’s used to a sliding SIM tray, but it’s probably a cost issue. My review phone actually takes a full-sized SIM, which also feels retro, but Alcatel do apparently produce a micro-SIM version.

Below the screen are three capacitive buttons, which are noticeably lacking backlight. This is odd, given that when this phone appeared at Mobile World Congress earlier this year, the buttons were lit – presumably the backlight was cut later in an effort to keep costs down.

The OneTouch Pop S3 runs Android Jelly Bean 4.3 with a custom Alcatel skin over the top. It’s quite a light-touch skin, mostly just altering appearances and a few interactions. Alcatel’s signature one-finger zoom function is present – it’s not particularly intuitive, but if you double-tap the screen without removing your finger on the second tap, you can then drag your finger around the screen to zoom in and out.

There are some thoughtful extra features in the OneTouch Pop S3 software, too – you can turn the phone over to mute an incoming call or snooze your alarm, and putting the phone to your ear from a text conversation will call the person you’ve been texting. There’s also a ‘Quick start’ feature that shortens boot time, although it’s unclear how it accomplishes this. It’s not enabled by default, which is also odd. If you could offer a faster boot time with no negative side-effects, why wouldn’t you?

On the downside, the OneTouch Pop S3 comes with a fair bit of bloatware, only some of which can be removed. There are no less than five preinstalled, undeletable Amazon apps, as well as EE and Alcatel ones. This would be less of a problem if the phone didn’t only have 4GB of onboard storage, but my review model had just over 1GB left when it arrived. Removing some of the bloatware helped, but it’s galling nonetheless. You’re probably going to need that MicroSD slot, which can add up to 32GB of breathing space, but does mean this phone will effectively cost more than the rock-bottom upfront price.

The Qualcomm® Snapdragon™ 400 quad-core 1.2 GHz CPU is a welcome inclusion, and performed well throughout day-to-day use. I noticed some lag on more intensive apps, but on the whole, performance was good, and it’s worth noting that key competitor Moto E only has a dual-core processor by comparison.

The speaker is on the back of the phone at the bottom, behind a silver grille. As is often the case, this awkward placement means you have to flip the phone over or otherwise free the speaker to have any kind of decent listening experience. Having said that, sound quality is surprisingly good – I was expecting tin-can acoustics at this price but it easily matches most low and mid-range phone speakers. 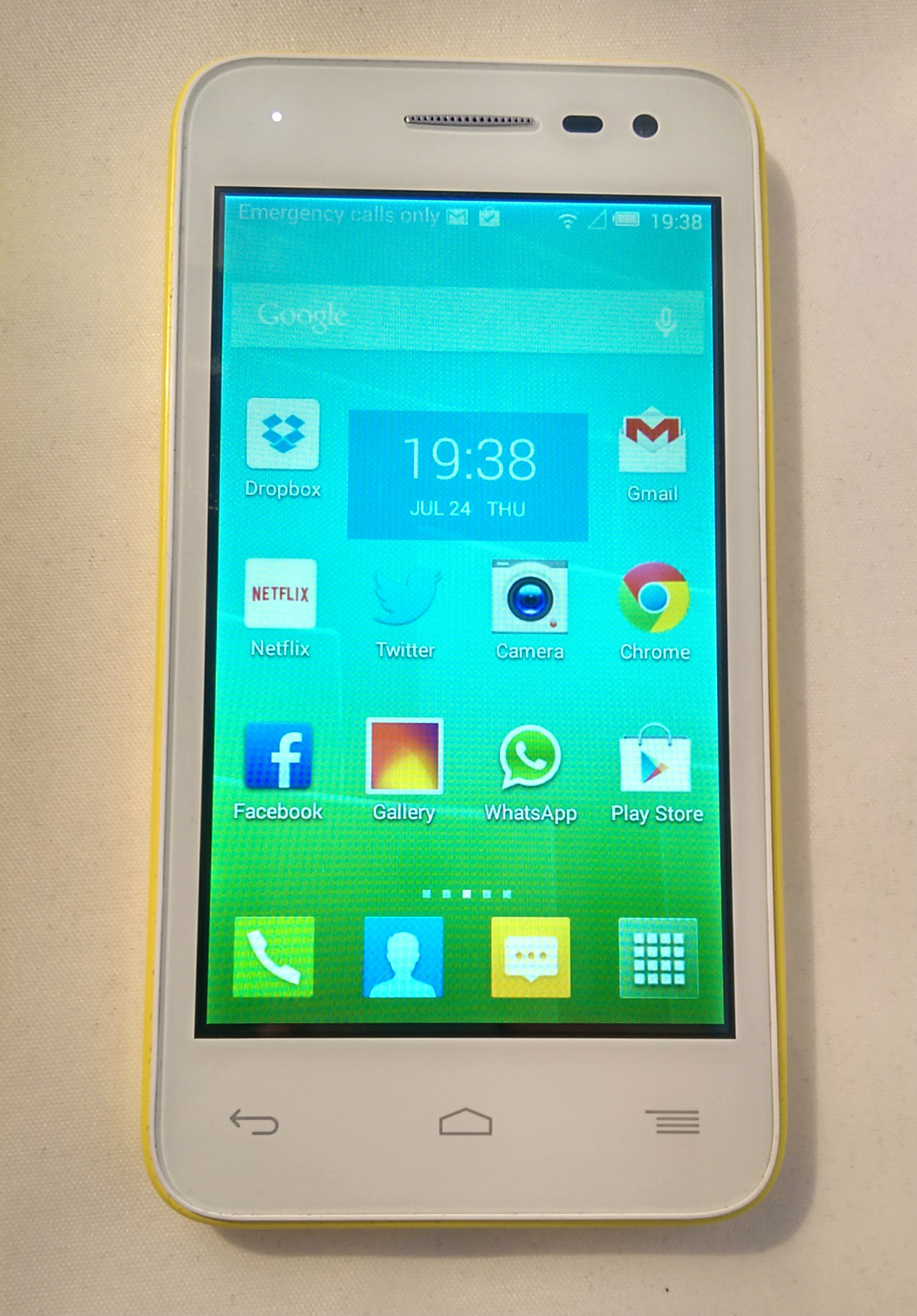 This is one of the places where the low cost shows. The 4-inch screen has a resolution of 480×800, and I found myself having to tap it harder than other touchscreens as it often ignored interactions otherwise. Viewing angles are noticeably poorer than on other phones, and the whole display has a slightly too-soft, smudgy quality. You can’t expect pin-sharp pictures at this price, but fuzzy edges and a general feeling of Vaseline on the screen can be frustrating.

The OneTouch Pop S3 does have a light sensor, which means it can automatically adjust screen brightness depending on where you are. This is another feature that feels like it could have been taken out, so it’s good to see that it made the cut. That said, the maximum screen brightness isn’t especially bright, and the display doesn’t cope at all well in strong sunshine, essentially turning into a mirror.

Colours feel over-saturated and too warm, which happens a lot on phones with weaker screens to prevent complete washout. Still, considering the price, this isn’t bad by any means.

Impressively, the OneTouch Pop S3 packs a main camera and a front-facing. Less impressively, the front-facing one is so bad that it probably should have been left out. It’s a 0.3MP VGA camera (remember those?), which is a curious choice considering that the teen-friendly price and colours would otherwise attract a young crowd – but no self-respecting Snapchatter would post a selfie taken with this. I’d have preferred they’d used whatever it cost to slightly improve the screen, which seems to be what the Moto E team chose. 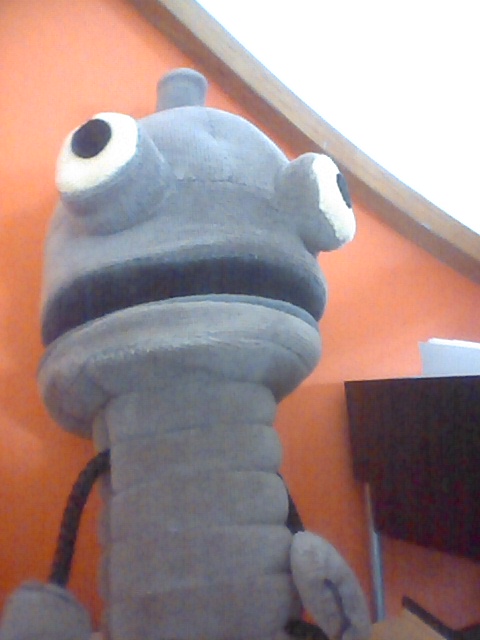 The main camera is a good, solid 5MP snapper. It has an LED flash and can even record HD video. The flipside of this is that it’s fixed-focus, so you lose a lot of control of the photos you take. Even so, our test photos all came out well, if slightly dark. You can use HDR mode to fix this in most cases, but photos will take longer to process. 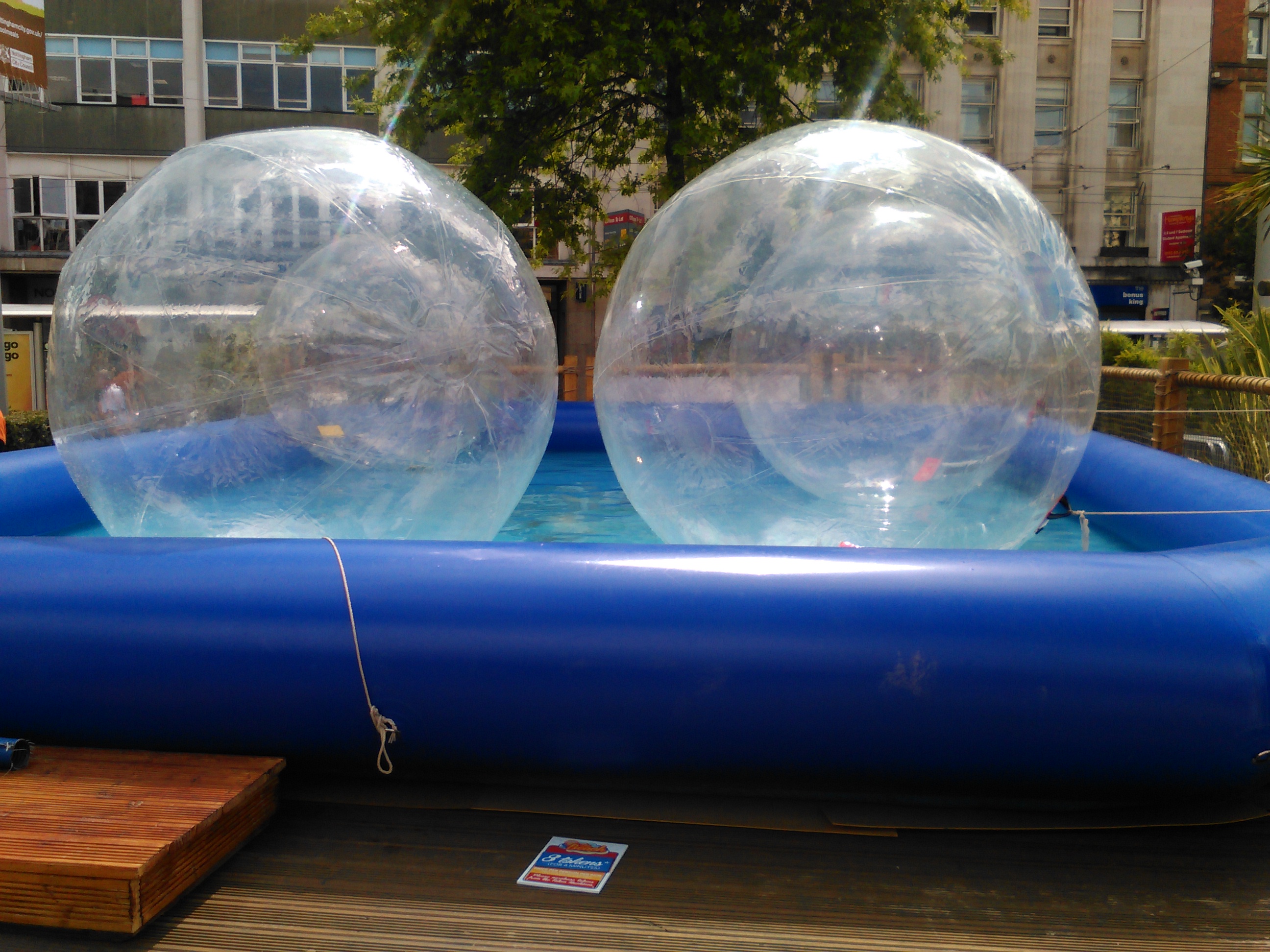 The OneTouch Pop S3’s removable battery packs 2000 mAh, which is about right for a budget smartphone. It performs averagely well, perhaps a little less well than you’d expect given the low-end screen. By the end of a day of average use (calls, browsing, some streamed videos, text chat and social apps) the battery was usually low enough that it needed plugging in before bedtime to avoid getting below 10%.

Streaming a film over wi-fi for two hours with GPS on and maximum screen brightness depleted the battery from a full charge to 48%, which is a little lower than I’d expect. Given that the capacity of the battery seems perfectly adequate for the hardware, I think it’d be worth tinkering with the power settings to try and maximise juice time. There’s not much point including 4G functionality if the battery can’t sustain streaming activity for as long as you’d like.

“Smart move”, says the OneTouch Pop S3 when you switch it on. Creating a friendly, fun 4G smartphone for this price certainly seems to be. It’s a very likeable phone, but whether it’s a good choice for you will come down to how much you care about screen resolution, and whether you can deal with taking awkward selfies on the main camera (I wouldn’t use the front-facing camera for anything). At this price, it wouldn’t make a bad spare phone either, especially if you needed something to tide you over between handsets. I wouldn’t choose it as my main phone, but at £80, it’s a little yellow ray of sunshine in the world of Android.