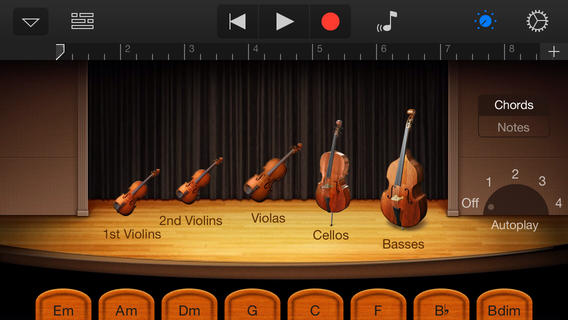 No piece on music apps would be complete without featuring Garageband. Introduced in 2004 and included as a standard application loaded on to all Mac computers since then, this easy to use multi-track recording software democratised home recording, making it possible for musicians to develop their work without having to waste all their money in plush recording studios.

The mobile version is likewise accessible and extremely powerful, with the ability to layer up to 16 tracks of sound (32 if you have the new A7 chip). You can plug instruments in via a connector kit and access classic guitar amps and effects pedals, create drum machine tracks, record vocals and other sounds via the built in microphone and even rehearse and record with friends over Wi-Fi or Bluetooth.

Available from iTunes for free with £2.99 in-app purchase of instrument sounds.