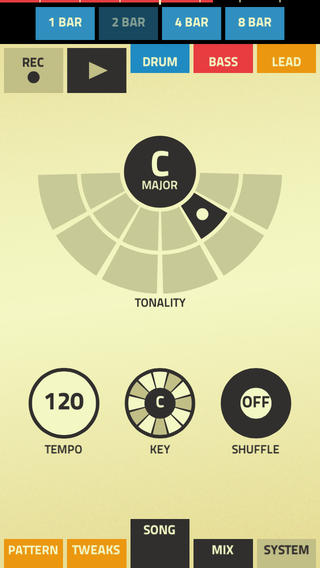 Designed to kickstart creativity on the go, Figure wants to be the reason you’re reaching for your phone on the bus or ignoring your friends in the pub. It’s quick, fun and easy to use.

The emphasis is definitely on quick, easy music making but the sound quality packs a serious punch, coming from Reason’s Thor synthesiser and Kong drum machine. There are a plethora of settings to give a professional sheen to your music, too, and very few bells and whistles beyond the serious focus of making music that sounds good. We like!