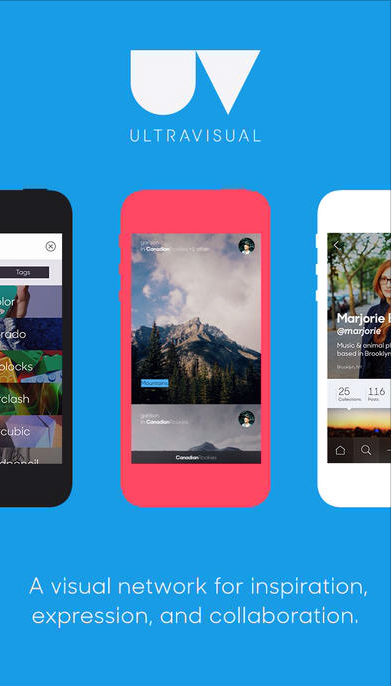 Instagram looks like it’s got competition in the form of newly improved Ultravisual, another photo and video sharing app for the iPhone.

Version 2.0 of the photo app has a Find Your Friend feature, allowing users to locate, invite and collaborate with friends from Facebook, Twitter and Instagram, as well as their phone contacts.

The user collaboration aspect of Ultravisual is one of the main differences between it and Instagram. Another contrast is that Ultravisual lets you rearrange images in the order you want them published, and stack them on top of each other to create animations.

The updated version also means that you can ask to join collections from within the app and invite non-users to join your own collections, as well as removing posts from your collections.

Other features of the update include a new media editor letting you edit, filter, crop, and combine different media formats regardless of whether they were imported or taken with the in-app camera, along with new and improved filters.

Ultravisual is available for iOS devices from the iTunes store for free.