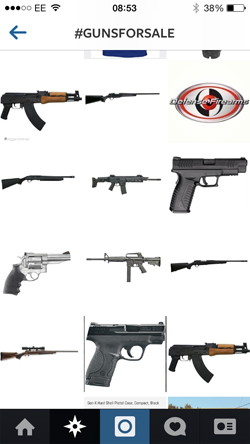 Although it may seem all fun and games and dollar bills, working at Facebook must be tough when it comes to deciding the difference between freedom of speech and just being plain wrong, offensive or even illegal.

Over the years numerous groups have asked that content be taken off the site, but only a few times has Zuckerberg and the team acted.

Well this week a press release on the Facebook Newsroom reveals that the social network (as well as Instagram) will begin clamping down on items that are being sold on the platforms.

People selling things on Facebook and Instagram will be monitored closely, asked to clarify things, change the wording of their ads and (if they don’t comply) even be told to take content down.

Although the press release speaks of the sale of “items”, all of the examples explicitly mention firearms, the sale of which on both Facebook and Instagram has been an extremely contentious issue and has brought about criticism as well as justification from both sides.