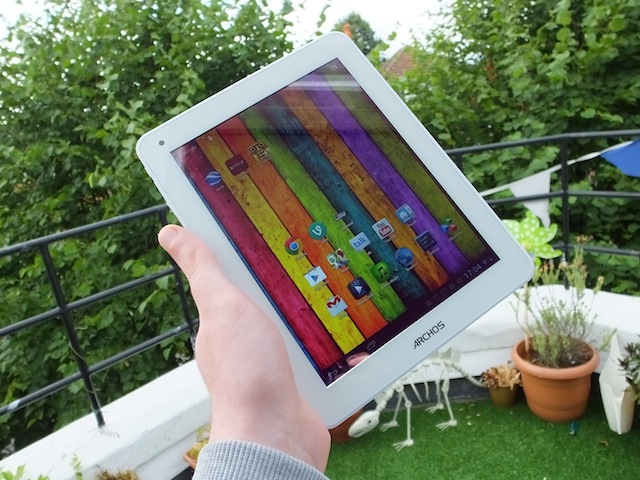 Tablets are constantly getting better, yet they’re also getting cheaper – the 80 Titanium from Archos is another tablet sporting a reasonable price, but is it good enough to take on the likes of the Apple iPad Mini and Google Nexus 7?

It’s clear from the moment that you look at this tablet, that Archos has sought inspiration from the iPad Mini, as it sports the same curved design and sexy edges – something that’s not usually the case for a budget Android tablet.

This isn’t the thinnest tablet out there, measuring in at 200 mm x 154 mm x 9.9 mm and weighing 440g, but it’s certainly not the heaviest either. The good thing about the 80 Titanium has to be that it’s made out of metal, as it adds a bit of class to it, unlike most budget Android tablets these days – and while it is slippery as a result of the material used, it still feels great to hold in the hand. In fact I didn’t really have any problems when using the tablet to watch movies and access the internet.

Looking around the tablet, you’ll notice an array of different buttons and cut-outs. These include a micro USB port, a microSD card slot, a 3.5mm headphone jack and a mini HDMI output that are all situated on the top of the tablet, along with two screws, a fiddly power button made from plastic. There is also the tablet’s very own proprietary charging port – that may put some people off, as you’ll always need the chunky charger at hand if the battery were to drain. Along the left side of the Titanium, you get the volume rocker and home button – not something that you’d normally see on the side of a tablet, but it does the job fine.

On the display front, you get an 8- inch unit that offers up a 1024×768 resolution, making use of IPS technology. Colours aren’t the sharpest out there, but I didn’t have a huge issue when using the tablet to view a few images found on the internet. Also, the viewing angles aren’t exactly the worst, but don’t expect anything killer, because this is a budget offering.

Powered by a 1.6GHz dual-core processor and backed by 1GB of RAM, along with a quad-core GPU Mali 400 MP4, the Archos 80 Titanium certainly isn’t the slowest tablet of all time – but you may want to remember that the Nexus 7 actually has a quad-core processor. I personally had no problems with it when trying to get a new high store on Temple Run 2. It’s also worth mentioning that the tablet can only be found in an 8GB version, as the 16GB variant is pretty hard to get hold of – but still, you can make use of the SD card slot. 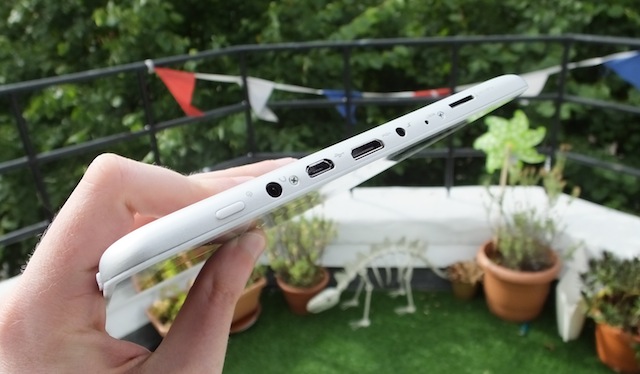 Probably because of price Archos has decided to stick with the stock Android Jelly Bean experience – which is good to see, because most Android manufacturers decide to implement their own user interface upon their products. Speaking of interface, you can have up to five homescreens, letting you add app shortcuts and widgets to it – I always find this a lot of fun! Something that iOS doesn’t let you do.

As for what apps that come with the 80 Titanium, you get all of Google’s services (such as Gmail, Google+, YouTube and Maps), including some that Archos has added. If you want to download more, then you’re going to need to access the Google Play Store, where you’ll be able to find a range of different games and apps – you can also download books, magazines, music and even movies, as well! And it’s constantly growing. The stock internet browser is also impressive, but you can download Chrome should you prefer that.

Archos is a company that has always been known for its ability to produce high-quality entertainment devices, and the 80 Titanium aces this section from experience.
Built into the tablet, you get Archos’s own video app, allowing you to play back AVI, MP4, MOV, 3GP, MPG, PS, TS, MKV, FLV files with H.264 HD and MPEG-42 HD codecs – the quality is impressive, I will say. Plus the player pulls video info from sites like IMDB.

The sound quality isn’t the best, sadly, as the speaker is pointed away from the user’s face, which doesn’t really make much sense in my opinion. Music played sounds very chalky.

When using the tablet for entertainment purposes, I found playing games rather enjoyable, although it might slow down when trying access more demanding titles – Angry Birds on the other hand is a perfect example of something that’ll work fine on the 80 Titanium.

People generally don’t tend to use their tablets for primary photography, but you do get a rear-facing 2MP snapper that will allow you to take basic shots, take into account that the quality is terrible – yes, terrible! I would never suggest using this as a camera! Colours look totally washed out, and the resolution is very low, with very little detail whatsoever.

Videos aren’t any better either, with the exact same lack of colour and detail. In technical terms, video clips are captured at a resolution of 640×480, at 9 frames per second.

When testing the tablet, I noticed that constantly viewing HD videos would leave four hours and ten minutes worth of battery life left, with the display’s brightness turned all the way up. But turning the brightness down left the tablet with a bit more battery life – roughly around 6 hours. Overall, the battery life is OK, but you don’t get the 10 hours that the Nexus 7 offers – so think carefully if you are interested in the Titanium.

Personally, I really do like the 80 Titanium, mainly because of its attractive design and excellent build quality for the price – but it does have some major flaws that could send you looking for an alternative. In the long run, it’s OK, but it’s nothing worth screaming “hallelujah” over. Incidentally it is worth comparing this with the Tesco Hudl which is also made by Archos.