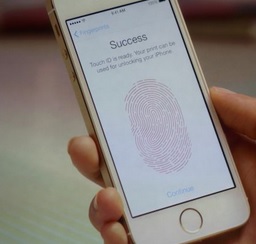 Fancy an iPhone, but put off but its rather titchy (when compared with its rivals) four inch screen? Well the evidence is mounting that the next generation of iPhone is very likely to have a much bigger screen.

The latest person to claim that an Apple Phablet is on the cards is Jefferies & Co. analyst Peter Misek. Now Misek has been quite a good source of Apple info in recent times so it is worth taking what he says seriously.

His latest note to investors contained the following…

“Despite still seeing risk to CQ4 and FY13 revs, we now believe better [gross margins] will allow Apple to skate by until iPhone 6 launches with its 4.8″ screen.”

He goes on to add that he thinks that the large screen will spark a significant upgrade as Apple owners surge to buy the bigger model. He also thinks that the brand has just about enough to keep consumers onside with the iPhone 5s and 5c too.

Misek isn’t the first to claim that Apple is working on a bigger screen iPhone. The WSJ has also run a story about it and quite frankly it would be surprising if the next iPhone didn’t have a bigger screen considering the way most of Apple’s rival have moved.
We’ll just have to wait and see.

One thought on “Apple's iPhone 6 will have a 4.8inch screen says key analyst”