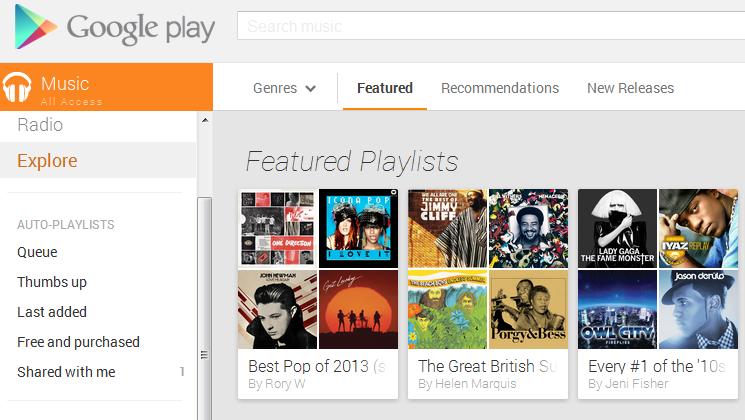 The big news this morning is that Google Music, which was announced in the spring and has been working in the US for several months now, has become available in the UK and other European countries.

But what is it and how does it stack up against the current king of online music Spotify?

In many ways the services have a lot in common, They both allow you to stream whole albums and the catalogue of tracks they boast is very similar. There’s no Beatles or Led Zeppelin on either of them, but then you guessed that already. They both have deals with companies to deliver new albums though Spotify has the edge on indie and European music for now.

The music discovering offerings are also similar too with Google Music including offering up recommendations on what to listen to next based on your listening habits.
Listeners can also turn any song into a “radio station”, with the service intelligently creating an endless playlist of songs based around the artist and track you’ve selected, with each song complementing your original choice.

Both services stream music at a maximum of 320kbps.

But there are some key differences

Price – Spotify has a lot more flexibility here. For starters it has a free ad supported version – Google starts at £7.99 a month. Spotify’s PC only version is cheaper too at £5.99 per month. For the full versions both will come in at £9.99 a month (though Google has an introductory offer of £7.99) which will let you listen to and store songs on mobile. Google scores here as you can store up to 20,000 tracks, a lot more than the 3,333 offered by Spotify.

Platforms – Google can be played from a browser on a PC or Mac, and on an Android based smartphone. If you have an iPhone you can access the service via the browser. Spotify has a browser service for PCs, an app for PCs as well as apps for both iOS and Android devices.

Music integration – Google has an edge on Spotify in that the new service integrates with its cloud based storage system. So you can upload all your music to the cloud and it will be accessible on any PC using Google Music. This is very useful for people who like music in genres which aren’t well represented on either of the streaming services (obscure 60s stuff, jazz, easy listening, exotica etc). It also means that it is easy to create playlists that contain both yours and Google Music which are then available anywhere. For some users this is a serious advantage over Spotify.

Overall – Which one you choose I think depends on a number of factors. If you are a casual music streamer then Spotify’s free service will probably suffice for you. If you are an Apple diehard too Spotify has the edge. Where Google Music scores is the integration of your own music with the streaming catalogue. that is a small, but significant niche. It will be interesting to see if and when Spotify addresses this. 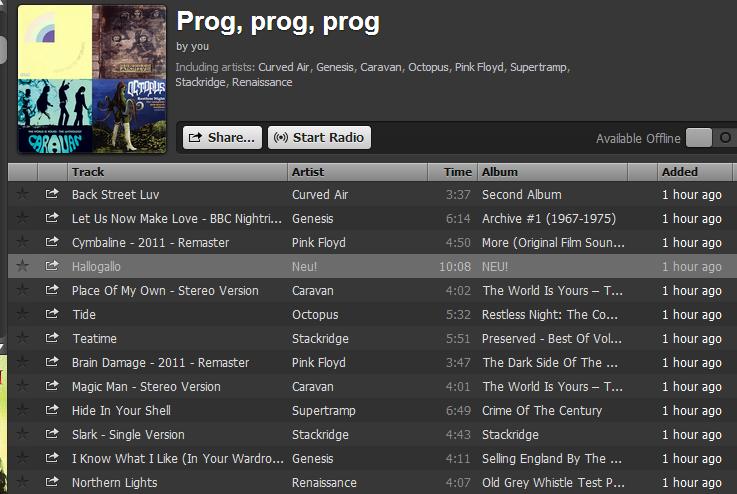