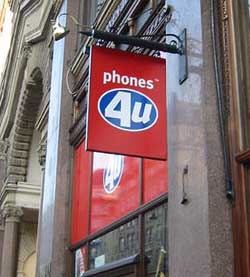 Phones 4u has decided its bored of just flogging tablets and mobiles on the UK high street and instead wants to see whether it can become a major mobile operator. According to sources today, the phone company will be launching LIFE Mobile over the next few months, a MVNO (mobile virtual network operator) that’ll be using EE’s current 2G and 3G coverage before possibly launching 4G services later in 2013.

It makes sense that Phones 4u has turned to EE for the move given the strength of its network and its wide 3G coverage – even if people like to rant about it regularly on Twitter.

“LIFE Mobile will enable us flexibility and creativity in designing propositions to give our customers even further choice. We will sell LIFE Mobile alongside our existing network propositions and are confident the new network will play a key role in driving further growth for our business.”

As Phones 4u has a huge mobile sales presence already in the UK, the launch of LIFE Mobile means the company will soon be able to offer its customers an even larger range of plans and bundles by touting its own network.