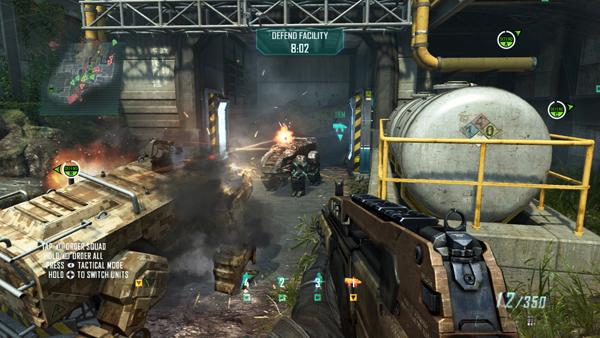 The highly anticipated Call of Duty: Black Ops 2 computer game, crammed with all kinds of gory shoot-em-up scenarios, zombies and terrorism, sold more than eight million copies in the first 24 hours after it was released, making it the fastest selling game of all time.

The latest Call of Duty release officially went on sale throughout the world at midnight on Monday and stores up and down the country stayed open all night to allow die-hard gamers to get their hands on it.

Shiny Shiny was invited to the game’s official launch party where we watched celebrities battle it out. We’ll keep you posted about when our sister site Tech Digest posts its official review of the game…

[Via Metro Images via Activision]