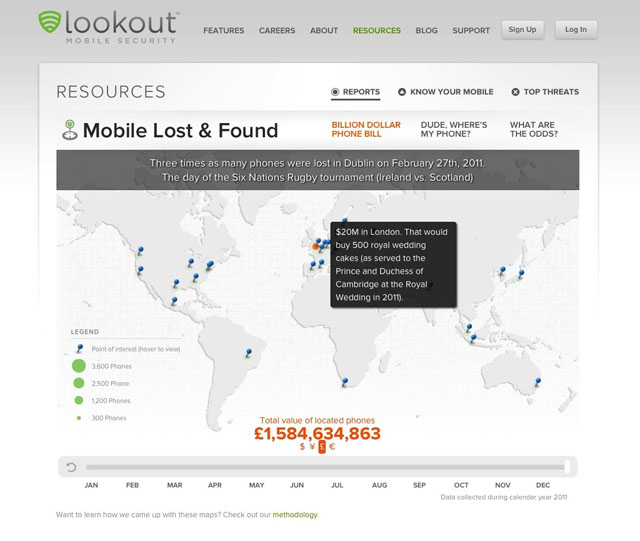 A study that aimed to find out where we’re most likely to lose our phones across the globe has discovered that Manchester is the ultimate breeding ground for forgetful mobile owners. We’re not sure whether this says something about crime rates, memory in the area, or just that you can have a REALLY good time when you’re in the north.

Many of us have unfortunately had the experience of being out one night, feeling particularly forgetful (read: drunk) and losing our beloved mobile phones in a random bar/toilet/street. Now when this happens and you realise the morning after, it does feel like your world has ended, especially as it usually coincides with a particularly expensive upgrade. But now it seems we have conclusive evidence that you’re most likely to lose that expensive iPhone in Manchester than anywhere else across the globe. We’re not saying don’t go there, we just want you to be extra careful on your next night out.

The study, which is the first of its kind to focus solely on global mobile phone loss, was conducted by mobile security specialists Lookout (we’ve written about these guys a few times before) and revealed that on average people in Manchester lose their phones twice a year compared to the national average of once a year. Wow, that’s still a lot of lost phones and a lot of expense, Lookout predicts that if none of us make an effort to find our mobiles then we’re all losing at least £150 a year on average. Ouch.

Unsurprisingly, as a nation of binge drinkers who like to live in our locals, pubs are the most likely place we’ll lose our mobile phones with nightclubs coming in second place and coffee shops third.

To coincide with the research, Lookout has launched a new section of its website called Mobile Lost & Found, which is a space for people to discover the places where phones are most often lost, the likelihood of losing a phone by region, and the financial impact of lost phones too, all in the form of colourful, interactive maps.

Related: APP OF THE DAY: Lookout solves all of your major mobile dilemmas

One thought on “STUDY: You're most likely to lose your phone in Manchester than ANYWHERE ELSE”