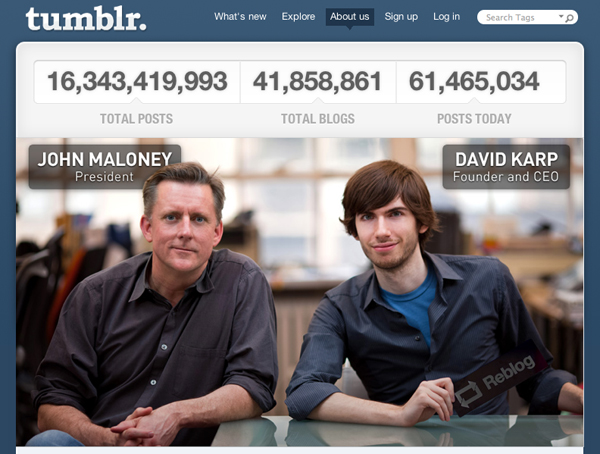 Today at the Digital Life Design conference in Munich, the founder and CEO of popular micro-blogging platform Tumblr, David Karp, revealed that the site and its many, many blogs attract more than 15 billion pageviews every month.

Although that statistic is huge, it comes as no surprise given that there are (as of right now), 16,343,419,993 Tumblog posts being published, tweaked re-blogged and read by the site’s dedicated community.

At the conference Karp also went on to discuss some of the key features of the platform, and why he thinks it’s become so popular in recent years, standing by the decision to not introduce standard features, like commenting and tagging. According to SocialBeat, Karp explained, “commenting makes YouTube a horrible place”. Although some of the more unusual choices may put some users off, it could well be Tumblr’s rather unconventional attitude to blogging that’s made it such a hit.

You can view Tumblr’s Quantcast page for a more detailed breakdown of the stats.