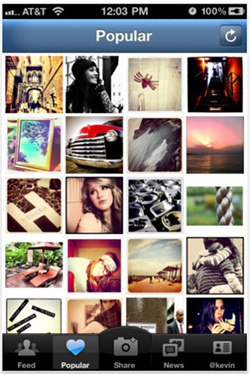 According to an article in Techcrunch this morning, our favourite photo application now has a huge 12 million users worldwide.

The app’s co-founder, Kevin Systrom, spoke at a recent Techcrunch event in Beijing about the app’s quick international success and revealed that the 12 million milestone had recently been hit.

Systrom then went on to respond to a number of questions about Instagram’s popularity in China, despite the fact a number of developers are producing similar products, and said that there are a huge 100K downloads of the app in China every week.

This is interesting given the fact Instagram is still only available for iOS devices and Android currently dominates in the Chinese market. However, according to a recent report on Inside Mobile Apps, despite the fact Android may seem like the more popular option, the number of people accessing the internet through iOS handsets is on the rise.

“There aren’t good public estimates available on the actual number of consumers carrying Android and iOS devices considering that there are many “Shanzhai” or knock-off phones that are based on Android but are incompatible with the platform.”