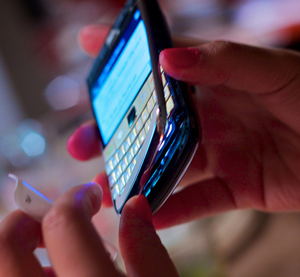 Anyone who’s ever said that “no one has a BlackBerry anymore” or “all the young people have iPhones” (people say this to me in comments and on Twitter a LOT) must be eating their words today as BlackBerry is reportedly down (again) and a lot of those who you’d expect to be Apple fan boys and girls are freaking out.

Yesterday BlackBerry users had around a 20 hour blackout from their email, web browsing and messaging services which the BBC claims was due to a number of server problems at RIM’s data centre in Slough.

Everything seemed to be back to normal again this morning, but if angry Twitter users are anything to go by there’s been more issues this afternoon. We’re not sure whether a few outages will seriously damage RIM’s reputation as some people are claiming (genuine mistakes happen from time to time, right?), but it certainly doesn’t look good that the problems which seemed sorted this morning are happening again in more than one country.