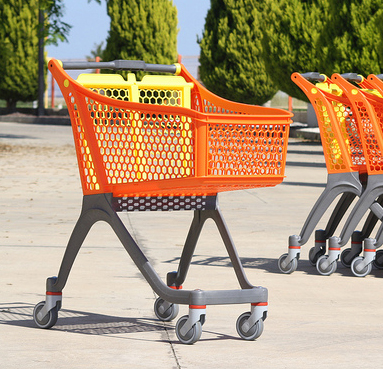 Over the weekend online giant Google turned 13. But, it didn’t see in the big day with acne and the beginnings of teenage rebellion, instead it continues to go from strength to strength and throughout the week we’ll be celebrating its successful and interesting life to date.

Since its birth Google has made more than 100 acquisitions of various companies here and there. Some of these deals didn’t turn out to be worthwhile in the long run, while others helped build some of its most successful products and services.

So just what has Google bought over the years and what has it led to today?

Motorola Mobility
Date 15th August 2011
Price Tag $12.5 billion
What is it? Mobile device manufacturer, part of Motorola.
Win or Fail? It’s hard to tell just yet, but Google certainly has a lot of ambitious and exciting plans up its sleeve. In the company’s official announcement it was suggested that the acquisition of Motorola Mobility could mean that Google will “increase competition by strengthening Google’s patent portfolio, which will enable us to better protect Android from anti-competitive threats from Microsoft, Apple and other companies”. It’ll also allow both companies to trial a lot of exciting products and services together in the future in both the mobile and entertainment spaces.

Picasa
Date 13th July 2004
Price Tag –
What is it? Photo viewing, storing, editing and organising.
Win or Fail? Definitely a win, Picasa has become one of the top photo storage services on the web and continues to add exciting new features, like geo-tagging and facial recognition.

YouTube
Date 9th October 2006
Price Tag $1.65 billion
What is it? Video sharing platform.
Win or Fail? Surprise, surprise another win for Google. At one point many people questioned whether the acquisition would have a negative impact on both parties, but YouTube continues to grow in popularity as an independent brand and Google now has more dominance in user-generated video content and online advertising.

Slide.com
Date 5th August 2010
Price Tag $228 million
What is it? Photo sharing via social networks, specialises in Facebook apps.
Win or Fail? Um, probably a fail. According to Mashable, Google decided to dissolve Slide a few weeks ago and although many of its staff will stay on at Google, its founder Max Levchin has now left and most of Slide’s products will be pretty much discontinued.

Android
Date 17th August 2005
Price Tag $50 million
What is it? Mobile software.
Win or Fail? The startup was just under two years old when it was snapped up by Google but came with a wealth of talent, ambition and potential. It has since become synonymous with the popular operating system which at the moment has around 48% of the smart phone market share.

Of course there are many, many more acquisitions we could have mentioned including companies that specialise in analytics, advertising, facial recognition, traffic analysis, mapping, the list could go on and on and on as Google really does have its fingers in many pies.

One thought on “Google the shopaholic: What's it been buying?”