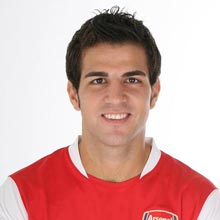 Yesterday the longest running transfer saga in British history – Arsenal’s Cesc Fabregas’ move to his home town team Barcelona – finally reached its messy conclusion with the talismanic Gunners captain going for £35 million, a few interesting add on clauses and a sigh of relief from thousands of British Twitter users.

For much of the summer now the Fabregas transfer, along with talk of Man United’s failed bid for Wesley Sneijder and City’s attempt to offload Carlos Tevez, has been a staple of the Twitterspehere. And while football fans obviously love talking about transfer targets on the micro blogging network not everyone is happy.

And you know what, I think he is bang on. For much of the summer many football obsessed Twitter users seem to spend all the time tweeting and retweeting the slightest bit of gossip about transfers to and from their club.

It is generally useless title tattle based on rumour, hearsay and the insider knowledge of the cousin of the driver of the guy who runs the boot room at Manchester United. And much of it is utter bollox.

But for football fans it is both incredibly frustrating (as you hear about players supposedly coming to your club who actually couldn’t even find the place on map) as well as utterly addictive.

Footy gossip is in many ways exactly what Twitter was invented for, but I accept that at times it must seem hugely annoying to people who don’t care for the game who see their Twitter streams transformed into one long deluge of ridiculousness. I feel the same most Saturday nights when there is endless discussions of Britain’s Got Talent etc

So what can we do about this? Here are two possible solutions.

1 Create a Twitter for football fans – Most hardcore footy fans are still serious abusers of forums and massive commenters on both mainstream news sites like The Guardian as well as footy blogs. For me though Twitter has the edge over websites. You can talk quickly to a huge group of people who can come back at you with that nugget of wisdom in seconds. Twitter users are invariably smarter and funnier than website and forum users too. Commenting on blogs is great for longer tirades, but it just can’t compare to that Twitter fix.

I do wonder though if there is a possibility of a Twitter type service exclusively for football fans. There are a few contenders, like the recently launched Bantr, but most seem to be a little too complex and lack the immediacy of Twitter. Besides they will never have the number of Twitter followers. So maybe this is a non-starter.

2 Using technology to block subject-related tweets – Twitter does allow users a great deal of flexibility in organising tweets. So for example football fans have hashtag searches constantly on the go for their favourite teams. Tweetdeck is also useful in that users can place all their football loving friends into one category.

However this doesn’t solve the problem of football-related tweets constantly appearing in non-football fans streams. I am sure there is a way of using technology to solve this issue (I would for one would welcome any reality TV tweets barred from my stream) and I hope someone is working on this right now.

You could even take this a step farther. Personally I am not too keen on people who use Twitter for endless conversations with one person. I want funny observations, links to interesting content etc not discussions between two people about where they are going to meet up that has nothing to do with me. I would love to have a system that prevented all those tweets from ending up in my stream.

Conversely the technology could be used to kill off retweets, links to content etc and just allow people to use Twitter for conversations.

Maybe users could be given more control over brand related tweets too?

There is of course one easy to editing tweets – it is called the unfollow button. However I do think it is time for Twitter (or more likely someone else) to come up with a smarter solution.