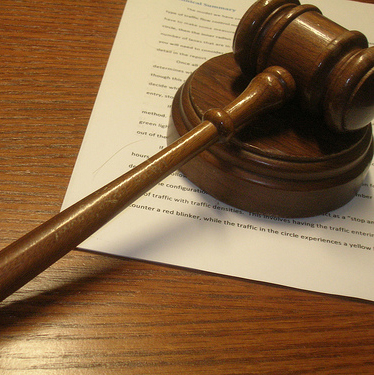 Yes, Facebook is an integral part of all our lives.

But, is it really so hard to not add everyone that we come into contact with as a friend?

After all, we checked and there isn’t an innate switch in our brains which hooks up directly to the internet and adds all of the people we see day in and day out.

So why are people breaking the law to gain a fake Facebook friend?

According to Digital Trends, Jonathan Hudson, a guy from Texas, added Courtney Downing as a friend on Facebook. That all seems normal, right? Maybe they went to uni together, met on a night out or hated each other in school. But no, Jonathan knew Courtney because he was a juror and she was a defendant in THE SAME TRIAL.

Downing luckily told someone how unprofessional this guy was being and he was dismissed from court. However, he then tried to contact her again in true internet crazy fashion and told her he’d ‘accidentally’ added her to the network, which seems on a par with the comical excuse of “you got the wrong twin” as someone’s getting arrested.

Anyway, it all snowballed out of control from there on in and last week he pleaded guilty to contempt charges. He may have had to serve time in prison, but instead he was sentenced to community service.

You’d think that this would be a one-off case, right? Well, no.

In the UK a juror reached out to a defendant on Facebook because she allegedly wanted to help her. We all love do-gooders, but this led to the jury being discharged and the trial completely falling apart.

Maybe both of these cases did show that the jurors genuinely wanted to help and maybe we do need to quickly tighten up the rules about social media and serious trials.

But let’s show a little restraint people! And stop making a mockery out of the whole justice system because of Facebook.