A recent study from Facebook into the personal pages of journalists has shown how to get the most click-throughs and interaction on the links you post. And yes, it’s about putting in more time and personalising them more. 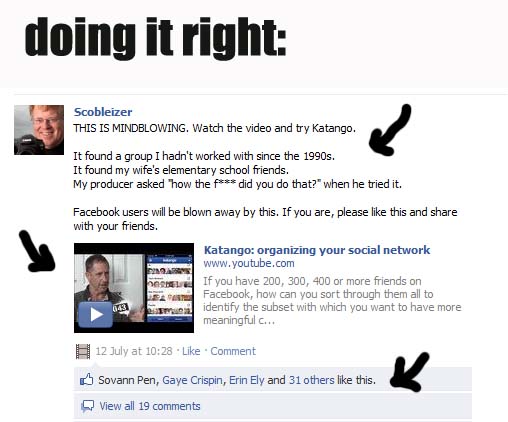 Content aside, there were certain types or styles of posts that did particularly well. And what they learned from this study is applicable to anyone who keeps a Page. Core lesson – if you hand-craft the introduction to the link it performs better than if you just whack an RSS feed into the page.

If you’re looking for engagement, here’s what gets the most feedback (comments and likes):

It comes back to Facebook being a service built around people – the personal touch and the conversational touch always have the strongest impact in that space.

Importance of Images
The other big finding? Images.

People respond much better to post with images. And just to images by themselves as well. Facebook say:

“Photos received 50% more likes than non-photo posts, and journalists who shared links that included a thumbnail image in the link preview received 65% more likes and 50% more comments than posts that did not include images.”

Times that have the most impact
Some surprises here as it seems that posts at the end of the week got most activity on Facebook and that people are as interested at midnight as they are at 7am.