The milestone has been passed: the future is officially mobile. Americans now officially spend more time looking at apps on their mobile devices than they do looking at the web on laptops or desktop computers. 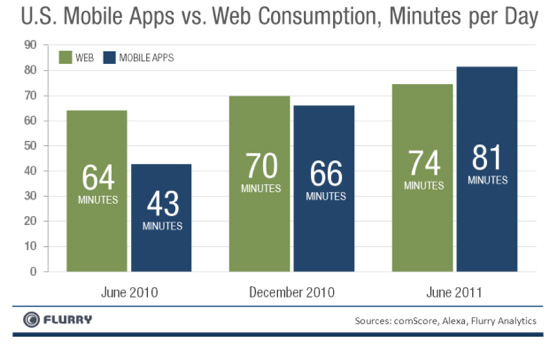 In June users spent an average of 81 minutes daily on mobile apps, compared to 74 minutes on the web.

If your site/web-service doesn’t have a mobile presence – get onto it. That’s where the future is…

Related: Facebook finally do an official iPad app – out in the next few weeks