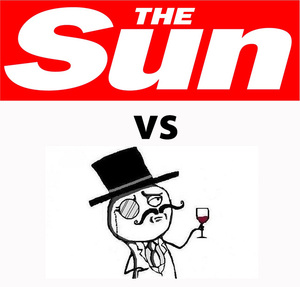 I thought it was the CIA they were trying to change – but LulzSec have the journalism profession in their sights too. Not that they want to hack it and spill its data everywhere – at least they claim they don’t – but they do want all those journalists to do their jobs better.

As a result they’ve sent out quite a lot of tweets instructing journalists in the way of good journalism.

British journalism, famously a bit more down and dirty than its American counterpart has come in for several lectures. Specifically the Sun… 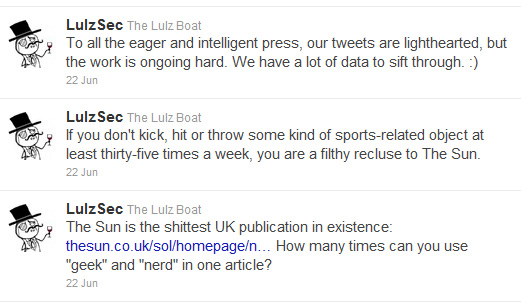 But Hacker Group LulzSec denied that they’d hacked it or sister paper The Times.