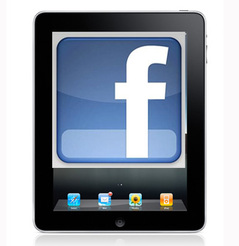 Facebook are releasing an iPad app in the next few weeks according to the New York Times. Facebook have held back from releasing an official iPad app over the past 16 months that the iPad has been out, meaning that lots of third party apps have jumped into the space.

Apparently the app has existed internally for a while, but Facebook have held out from releasing it, possibly to give them more leverage over Apple.

Features of the new app include full-size photographs and what a user described as a very slick user interface.

It’s clear that there’s a lot of manoeuvring and backstabbing going on in this space. Yesterday’s big story was that Facebook is planning an html5 version of their site intended for tablets and mobiles which would bypass the app stores of Apple and Google.

See more: Facebook’s Project Spartan and How it Could Kill the Apple App Store