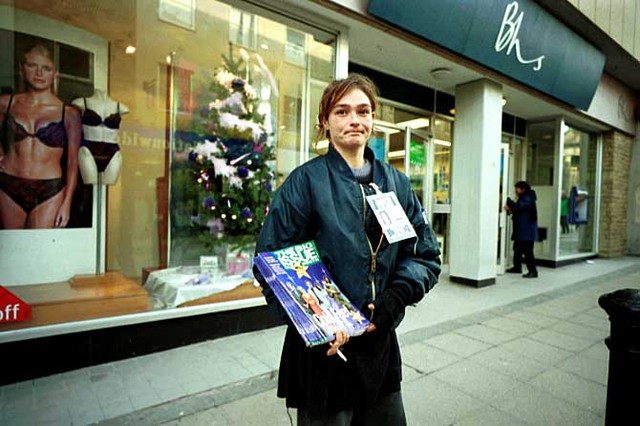 Big Issue sellers are to be given smartphones and asked to report on what happens on the streets around them.

Big Issue manager John Bird said that he planned to roll out the sellers-as-journalists idea after the launch of the iPhone 5 (expected in September). All sellers will be equipped with iPhone 5s which would let them take photos, videos and make notes that they could then email back to the magazine newsroom. Their content would make up the Big Issue website.

“The Big Issue vendors are all over our streets, selling the five editions of the magazine which cover all the regions of the UK – it makes sense to use them as the eyes and ears of the nation, on the spot, as the news happens,” said Mr Bird

Sounds like a good idea to me. Could provide some fascinating insights into the the streets of modern Britain. Will be really interested what kind of stories they turn up. I suppose they’re limited by having to stay in roughly the same position to sell the magazines.

The press release said that it would also help with self-esteem and skills of the homeless people selling the mags: “becoming part of the technological revolution will add a new dimension to the vendors’ efforts to turn their lives around while they fight their way back from all sorts of hardship and emotional pain.”