Only on special occasions do we choose to write about Justin Bieber: but this is one of them. So previously, he cut his hair – now, he’s decided to wear glasses. GEEK glasses.

After a sell-out tour in Italy this week, fashion house Dolce and Gabbanna held a party for the 17 year and instead of his ususal contact lenses, he decided to wear geek glasses. Well, hipster glasses I guess, but originally geek glasses. I felt that this was of relevance to the geek community. Here are the pictures. It’s yet one more milestone for geek chic on the path from fringe to mainstream. 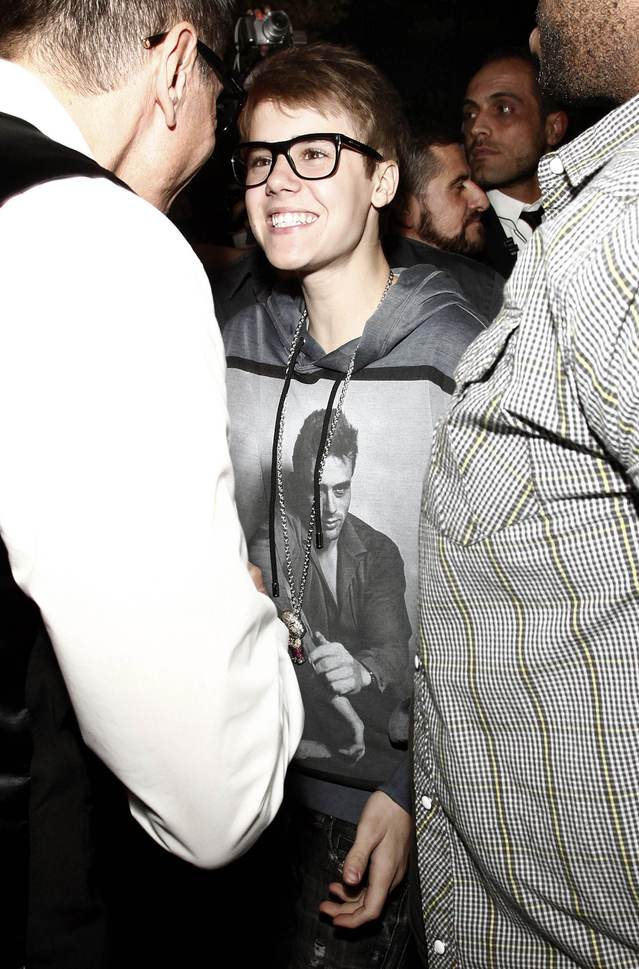