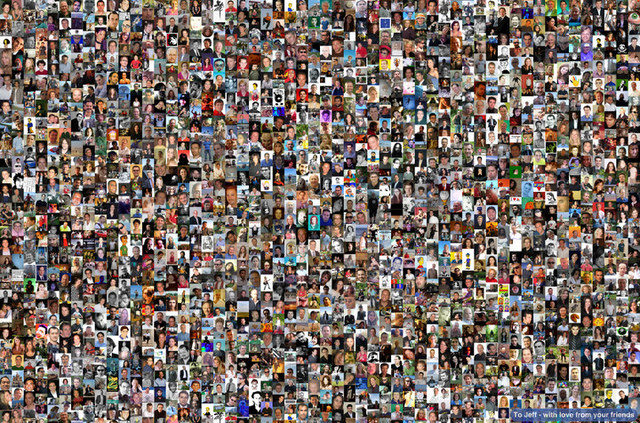 Another person has published another blog describing how Facebook makes us stupid. Nicolas Carr, blogger and author of The Shallows: What the Internet is doing to Our Brains writes:

“Are you ashamed that you find Facebook boring? Are you angst-ridden by your weak social-networking skills? Buck up, my friend. The traits you consider signs of failure may actually be marks of intellectual vigor”.

Yes, if you’re bad at humorous photo comments, it’s could be because you’re intellectually vigorous. It’s fair to say Nicolas and I probably fall on different sides of the optimism divide. I’m what they call a digital romantic. And I like Facebook. I think that if you’re bad at Facebook, you should just put a bit more effort in. Or at least not pretend that you’re too clever and vigorous for it.

Carr’s story is based on a survey published by the Journal Computers in Human Behavior by a certain Professor Zhong (precis here) which interviewed 436 college students during 2010 and contrasted how active they were on Facebook with a personality trait I have never heard of before that is apparently A Good Thing: “need for cognition”.

His blog explains what it is:

“Need For Cognition (NFC), as Professor Zhong explained, “is a recognized indicator for deep or shallow thinking.” People who like to challenge their minds have high NFC, while those who avoid deep thinking have low NFC. Whereas, according to the authors, “high NFC individuals possess an intrinsic motivation to think, having a natural motivation to seek knowledge,” those with low NFC don’t like to grapple with complexity and tend to content themselves with superficial assessments, particularly when faced with difficult intellectual challenges.”

Before we leap to the conclusion that Carr does – “if you want to be a big success on Facebook, it helps to be a dullard.”

I don’t think it’s helpful to trash time spent on Facebook. It really just depends how you use the damn thing. There are definitely valuable traits associated with being good at Facebook – see the Facebook Project for one and there are social and even career advantages to be gained from using it well. Sure having it on all the time could be bad for your concentration at work, but not using it would be much weirder in my book.

Also I like to play the women card when arguments like this come up. The type of flickering attention, multitasking thought that is fostered by the internet is what people have traditionally associated with female brains. Snobbery about multitasking is tinged, I think, with a little sexism. Imho, it’s largely men who like just sitting in the shed and thinking about one thing who get sniffy about this kind of mental approach to things. But hey, it’s useful on the internet, and it means that those of us who manage to think like this don’t get flipped out by tweetdeck notifications.

Well maybe the internet has already done something to my brain, but I can’t take any more grumpy old men who aren’t good at being sociable complaining that people who like social networking are dizzy airheads.