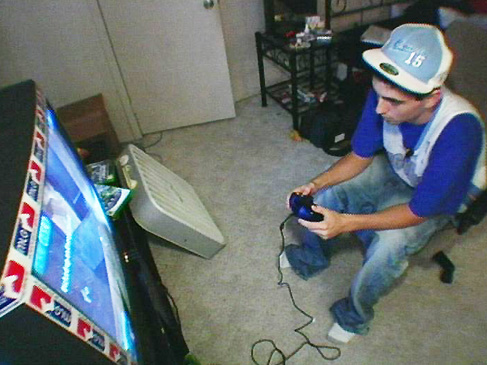 There are many reasons to pull a sickie – and being sick is only one of them.

A survey by www.MyVoucherCodes.co.uk found that one in ten British men would pull a sickie to stay at home and game, one in a hundred would do it on a monthly basis. No stats for women unfortunately.

It reminds us of forum like this one, where Grand Theft Auto fans compared notes on who was going to take a sickie the day the new edition came out. One poster declared that he was booking a week off work just after the new GrandTheftAuto came out so he could stay home and play the game. Well at least that’s company-agreed holiday time.

However, the researchers asked 1,756 men but only those who owned a gaming console – meaning the results are going to exaggerate the percentage of hardcore gamers out there.