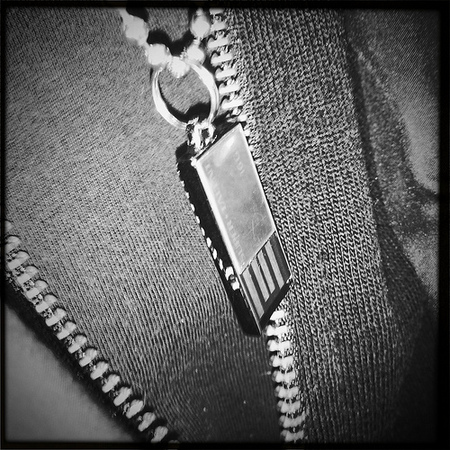 So the Wikileaks cable leak has had many consequences, and one of the more surprising ones is that people have started wearing memory sticks as jewellery to support the cause. I say people, I mean one guy who blogs on Boing Boing, but still, I think he’s on the money.

The thing to do according to is to get an attractive looking memory stick – he recommends the Pico-3 ($30 on Amazon) – then copy and paste the main Wikileaks cables or perhaps, the Wikileaks Insurance file – a back-up cache of encoded leaks that will ensure the news gets out, even if the site and feeds are taken down.

I’d love to see some more Wikileaks merchandise getting sold – Julian Assange T-shirts, branded memory sticks, mugs (that don’t leak) – it could help them compensate for the funds frozen in that Swiss bank account.

related: The Julian Assange Fanciers Guild: Perhaps the wrongest thing to come out of the Wikileaks scandal