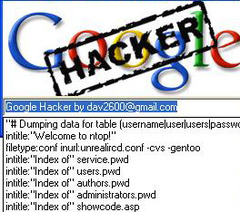 From a report in th New York Times, it looks like Google might have been more compromised than was first known following the Chinese hacker debacle back in December. Then, hackers accessed the gmail accounts of Chinese dissidents and the Chinese government’s failure to crack down on the hackers resulted in Google pulling its Chinese site and

As the NYT points out, one of Google’s biggest strengths for users makes it particularly vulnerable to a breach. The single password log-in that Google is trying to promote across their multiple sites makes their services easier to use, but means that once a hacker has gained access to one part of a Google account, they can gain access to whole swathes of it.

“Because vast amounts of digital information are stored in a cluster of computers, popularly referred to as “cloud” computing, a single breach can lead to disastrous losses.”

The programme which controls the single password system is called Gaia and controls the access for most of Google’s web services, including email and apps.

The Official Google blog have made no more mention of the breach but in a release today pushed their commitment to future of cloud computing as part of their Atmosphere summit.