Layar has just introduced a partnership with PayPal which will let publishers and creators on Layar charge for their online experiences.

They’ve set up a store where customers can buy Augmented Reality layers and publishers can sell them. Layar announced the change on a blog post. 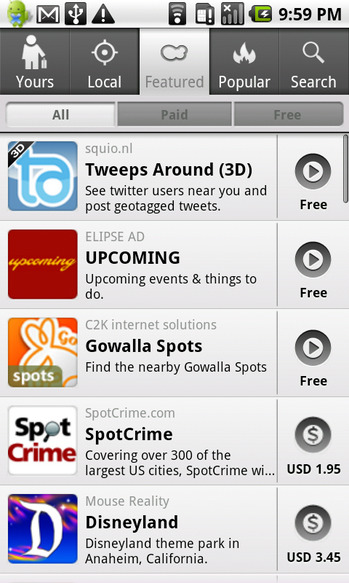 Berlitz Guides, the City Guides company, have already leapt on board and now Android phone users can buy access to the Berlitz city guides layer and get an Augmented Reality city guide delivered through their phones.

The promise of money should give developers an incentive to create more content for Layar and gives publishers of content like the Berlitz city guides a reason to get into making Augmented Reality content.

Layar acts a bit like an app store in an app – providing a platform for Augmented Reality apps.

The companies that have already got on board include: Berlitz City Guides; Mouse Reality for Disney World and Disneyland (which provides a virtual guide for Disneyland’s attractions); and UK sold prices which lets you check the latest UK residential Sold Price information as recorded by the Land Registry while on the move.

The free Layar Reality Browser is available on Android devices and iPhone 3GS. The Layar Platform is available for anyone to create their own Augmented Reality experiences on.