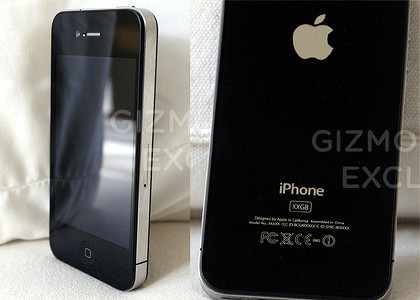 Apple representatives and California police have supposedly visited the house of the man who found the iPhone 4g in a bar to interview him. It seems they tracked the source down after raiding and confiscating computers from Gizmodo editor Jason Chen last week.

After the iPhone 4G went missing last month and wound up as a massive splash on the front of gadget blog Gizmodo, the police have got involved and the plot has started to thicken.

While Gizmodo stated that the prototype was found in a bar, Apple claim it was stolen and have asked for a criminal investigation.

The house of the Gizmodo editor Jason Chen was police raided last week and officers presumably managed to trace Gizmodo’s source by going through the computers they confiscated. Jason Chen arrived home a few days ago to find the police searching his house. They made him put his hands above his head and searched him for weapons, then continued searching his house and seized four computers and two servers plus disk drives, cameras and his iPhone and iPad.

The search warrant, posted on Gizmodo, stated that police were searching for items used in helping to commit a felony, or which might contain evidence that a felony had been committed. Gizmodo say that the lost property – the iPhone – has already been returned and the search warrant is illegal because in Calfornia, journalists are shielded from having to reveal their sources to the authorities.

One thought on “Poll: Are Police smash and grab raids too far? the next twist in the lost iPhone 4G scandal”